Editor's Note: Captain Gary Davis, who guides 200 days per year, has been fishing the Mobile Bay to Perdido Bay area all his life.

Our fishing will change as soon as a cold snap happens. The baitfish already have moved up to the mouths of the Magnolia and Fish rivers and other rivers feeding Mobile and Perdido Bays. The best places to fish at the end of October are Mobile Bay's artificial reefs, oil, and gas.

Numbers of 15-20-pound bull redfish are moving into Fish River and Weeks Bay and like live croakers or dead menhaden. Historically, bull reds make a fall run in the Fish and the Magnolia Rivers about every 3-4 years. This year should produce a bumper crop of bull reds in these two river systems. A cold front will move the bull reds farther up the rivers.

On an average trip in October to Fort Morgan, two or three anglers can expect to catch about 70 big white trout, 18-20 speckled trout, and a bull redfish each. After that first cold snap, anglers will catch a limit of speckled trout, redfish, and white trout just about every day – all the way until January 1 in our river systems. 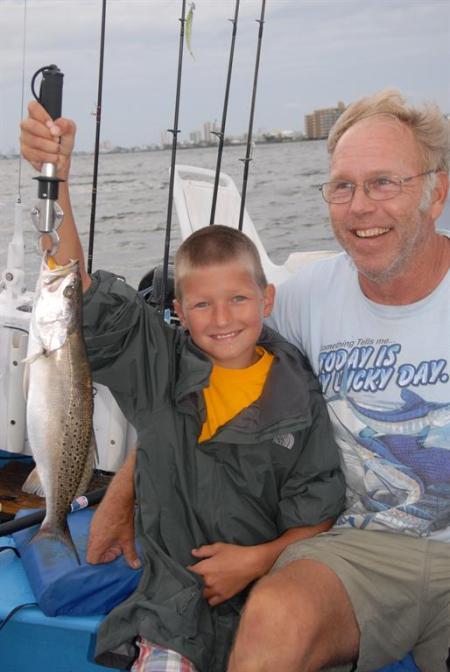