Stewed, nude, baked, broiled or fried are just some of the ways to enjoy the succulent oysters from the Gulf of Mexico.

Oysters are a Gulf Coast seafood staple. Everyone has a favorite recipe for preparing oysters and many Orange Beach and Gulf Shores restaurants have specialties that are sure to make your mouth water. 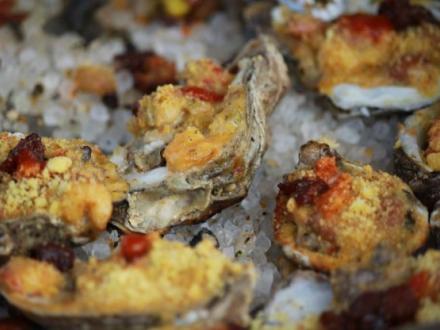 Sample the New Orleans Style BBQ Baked Oysters at King Neptune’s and sop up that buttery goodness with delicious bread. Can’t decide what kind of oyster should be on your plate? The Flora-Bama Lounge & Oyster Bar has a sampler with oysters topped with parmesan cheese or a mixture of onions, bacon and melted Gouda cheese. Joe & Dave’s Favorite Oysters at the Original Oyster House takes these denizens of the Gulf and bakes them with a garlic cocktail sauce, Applewood bacon crumbles and Parmesan cheese. At Acme Oyster House in Gulf Shores, try some chargrilled oysters for a different taste sensation or toss back an oyster shooter as your taste buds revel with delight. Feeling traditional? Try the Oysters Rockefeller at Cobalt, topped with a mixture of baked spinach, garlic, shallots, parsley, green onion and a touch of anisette.

Like your oysters fried? Sea-N-Suds and The Shrimp Basket have these juicy creations pulled straight from the fryer and onto your plate. Dip them in cocktail sauce, Tartar sauce or try some Remoulade sauce for a spicy addition to your meal. A fried oyster po’boy is a local sandwich you should try while you’re enjoying Alabama Gulf Coast cuisine. Get it dressed – with tomatoes and lettuce – or eat it with some lemon juice.

Oysters are one of the main ingredients in a variety of soups, stews and gumbos. Try the seafood gumbo at LuLu’s where the roux’s been stirred “until your arms falls off.” A number of other Gulf Shores restaurants offer delectable dishes that are perfect for appetizers and entrees. 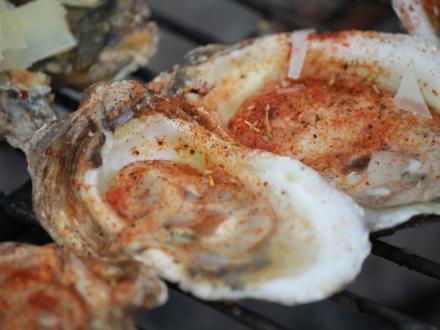 No trip to Gulf Shores and Orange Beach is complete, however, without a trip to the raw bar. Oysters served on the half-shell are a not-to-be-missed delicacy. Served atop a bed of ice, there are purists who only use a squeeze of lemon atop these succulent shellfish while others slather a cracker with a self-prepared mixture of cocktail sauce. Many Gulf Shores and Orange Beach restaurants have a raw bar where dozens of oysters are shucked and readied for hungry customers.

The art of oyster shucking is one that can be mastered, with the right tools.
• First, get the freshest oysters you can find. Avoid the ones with open shells or that are too light, both are signs the oyster is too old to consume raw.
• Second, get a stiff-bristle brush and a good pair of gloves.
• Third, get an oyster knife or a heavy knife with a blade that won’t break.
• Fourth, a bed of ice to keep the oysters fresh after you shuck them.
• Fifth, put on the gloves and use the brush to scrub the oysters clean.
• Sixth, grasp an oyster, cup-side down, with the hinge of oyster facing you.
• Seventh, insert the oyster knife into the hinge, point it down into the cup of the oyster.
• Eighth, use a twisting motion to separate the top and bottom shells.
• Ninth, when the top and bottom shells are separated, open the oyster, taking care to keep it level so the good juices don’t run out.
• Tenth, check for grit or shells and use the oyster knife to carefully separate the meat from shell, placing the meat back into the bottom shell.

Lastly, sit back and enjoy your fresh, Gulf oysters.