The LuLu - Alabama's Newest Artificial Reef for Divers and Fishermen 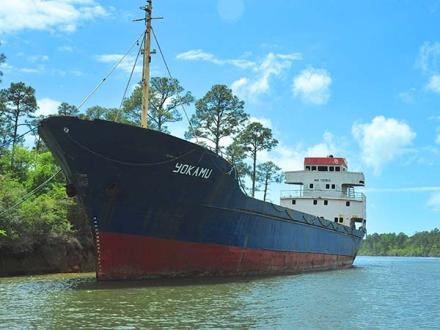 Since the 1950s, Alabamians have been building artificial reefs because Alabama was one of the have-not states for natural reefs. Although Alabama had some rock and coral formations, for the most part, there was very little bottom reef to attract and hold marine life and large populations of fish. However, the Alabama Marine Resources Division, area charter boat captains, private boat owners, and conservation organizations then began an effort to build reefs to attract fish.

Today, Alabama has created the largest artificial reef program in the United States with over 17,000 artificial reefs. The makeup of these reefs includes tanks, barges, bridge rubble, and all matter of reef material. But, the majority of the reefs are sunk in extremely deep water well away from shore.

On Sunday, May 26, 2013 (Memorial Day Weekend), the Alabama Gulf Coast Reef and Restoration Foundation will deploy a new reef 17 nautical miles from shore, south of Perdido Pass in Orange Beach that will attract fish and marine life and scuba divers as well. The 271 foot coastal freighter, the “ M.V. Yokamu,” has been renamed The LuLu and will be sunk in over 100 feet of water. The cost to buy and sink a ship of this size for a reef and scuba divers' haven has been out of reach for the Alabama Marine Resources Division. But due to the combined efforts of David Walter, who is the owner of Walter Marine (a developer of public artificial reefs in Orange Beach), Vince Lucido, president of the Alabama Gulf Coast Reef and Restoration Foundation, and Mac McAleer, project title sponsor, Alabama will join other states like Florida and Texas that have had ships deployed in locations for the purpose of scuba diving as well as sports fishing. Because The LuLu will be sitting straight up on the bottom and the uppermost parts of the ship will be 55 feet above the bottom, recreational scuba divers can dive to the shallower parts of the ship and enjoy the marine life and fish there. More experienced divers can prowl the passageways and the nooks and crannies in the deeper area of the ship. The LuLu will become a scuba diving adventure dive site for local divers and those from across the country. Also because of its close proximity to Perdido Pass, The LuLu will be a close to shore fishing destination for many anglers. 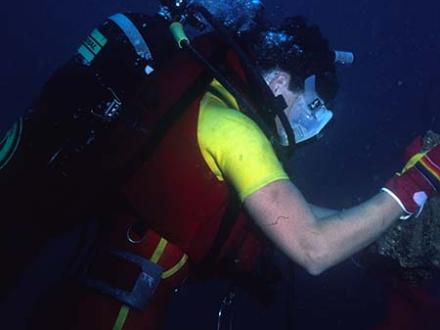 The public is invited to watch this vessel be transformed from a freighter to a dive site on this section of Alabama's Gulf Coast known for its music, sugar white beaches, and emerald green water. The party includes a performance by The Wet Willie Band at noon, and guests may travel to the site via personal or chartered vessels. The coordinates for The LuLu are +29 degrees 59' 50” / -87 degrees 33' 00.” To obtain the coordinates for many of the other public reefs off Alabama's Gulf Coast, go to Outdoor Alabama.