While we love spending time on the beach, we also love exploring the area’s historical sites. Fort Morgan is one of our favorites.

Fort Morgan was completed in 1834 as part of the United States’ effort to better protect its coastlines. The role of the Fort Morgan was to protect the port of Mobile and its shipping channels, although it was not garrisoned until 1861 when southern troops seized it during the civil war.

In 1864, Fort Morgan was tested during the Battle of Mobile Bay. Union warships, in an attempt to enter and take Mobile Bay, took on heavy artillery fire from Fort Morgan and Fort Gaines, which sits on the opposite side of the bay. That attack, plus the sea mines, or torpedoes, laid in the bay, nearly turned back the Union forces.

The Union ships were entering the bay when the USS Tecumseh was sunk by a torpedo. Panic and confusion went through the Union fleet. The commander of the lead ship stopped its engines. This is when the Union Admiral David Farragut was said to have uttered his famous quote “Damn the torpedoes! Full speed ahead!”

Admiral Farragut and the remaining Union fleet stormed their way successfully through the mines and into Mobile Bay defeating the rebel navy. During the coming days, Fort Morgan was also taken by Union forces.

Fort Morgan continued to be used by the U.S. military for various purposes until 1947, though it never saw another battle. In 1960, Fort Morgan was designated a historic landmark. 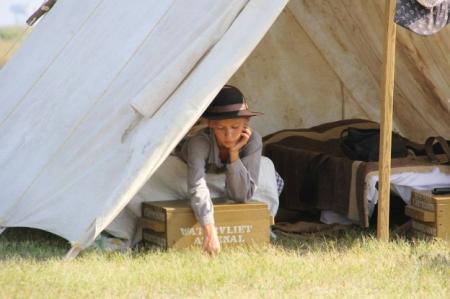 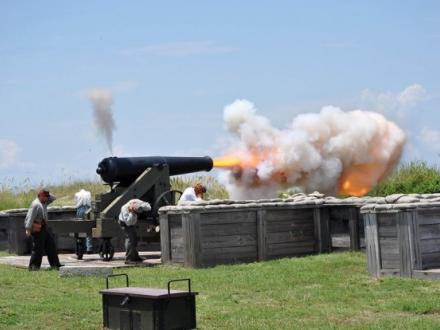 Sitting at the mouth of Mobile Bay, historic Fort Morgan is a must see on your trip to the Gulf Shores area. Considered by many to one of the best examples of military architecture in the new world, Fort Morgan’s star-shaped masonry structure is a wonder to behold.

When you visit Fort Morgan you can walk through remains of the Fort and imagine what life was like for the soldiers stationed there. You can see where the soldiers slept, where the cannons were mounted, and where the gun powder was kept.

There is a self guided tour brochure available at the fort and online. On our trip, we were able to get in on a guided tour led by a very knowledgeable guide dressed in Civil War period attire. He talked about the life of a solider at Fort Morgan at different times in its history.

If you are a birder, take your binoculars. The American Bird Conservancy has listed Fort Morgan as one of the 100 globally important bird areas. 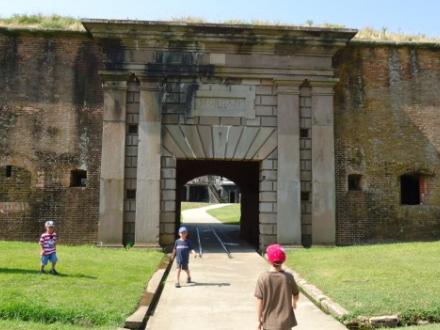 Other Historic Sites To Visit

Fort Gaines Historic Site – Take the Mobile Bay Ferry from Fort Morgan to Dauphin Island and tour Fort Gaines. Tours and re-enactments take you back to the time of the Battle of Mobile Bay.

Marci Goodwin (1323 Posts)
Marci Goodwin's blog, The Homeschool Scientist, exists to equip and encourage homeschool parents by taking the fear out of and putting the fun into science education. Visit the website at…