The reels we use today – be it for inshore fishing, trolling or bottom fishing – are precision-engineered pieces of equipment. They rarely fail, but when they do, it’s usually not the reel to blame. It’s a lack of routine maintenance that has caused the problem.

Most Gulf Coast anglers are good at washing their rods and reels after each fishing trip, but how it’s done can cause more harm than good. Never spray off your reels with the water pressure from the hose on high. The force of the water can drive salt deep into the interworking of the reel. Instead, use a very light mist to rinse the salt water off of the reel.

As the fishing season comes to a close for most, the time is now to do an annual service on your reels. There is a couple of key reasons why reels should be serviced at the end of the season as opposed to the beginning of next season.

When fishing reels are regularly used during the season, the inside of the reel doesn’t ever completely dry out. The reels remain lubricated and in working order. The problems with most reels come from not being used. The corrosion builds up while they sit idle.

“Reels are like any other piece of machinery; they perform better when they are being put to work,” says John Giannini of J & M Tackle in Orange Beach. “When reels sit for four or five months without being used, that’s when the mechanical breakdown occurs.”

Another advantage to getting reels serviced now is that time is on your side. Once fishing season ends, it’s easy to move onto the next season. After football, hunting, and the holidays, the next thing you know we get a warm spell in the early spring and your reels are not in working condition. “We encourage all of our customers to get us their reels early. When we get them in here at this time of the year, we can easily turn them around. The problem becomes when everyone waits until the last minute in the spring,” said Giannini.

Another off-season challenge to fishing equipment is condensation. Our wild temperature fluctuations can cause condensation on your rods and reels if they are not stored in a climate controlled environment. Storage lockers at condos and marinas and garages are great short term storage solutions, but they are not the place to leave your tackle for the entire winter. Giannini says to bring your gear inside your house or condo after being serviced to ensure they are ready to go when you decide to take the first trip of the new season.

If you have the mechanical skills to service your reels, that sounds like a great weekend project to me. I have no such skills. The one time I tried to do it myself; I ended up making the walk of shame into the tackle shop with my reel and parts in a plastic bag. I failed my reel, and since I started having a professional do the service, my reel has never failed me. 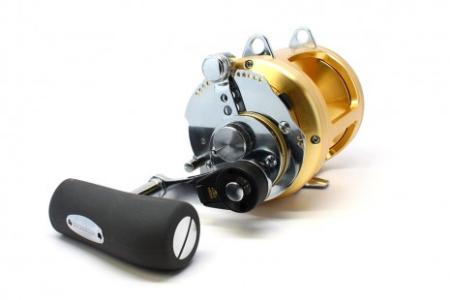