What's Biting: That first fish of the year

When the winter fishing yields only a sporadic whiting bite in the surf, anglers can't wait until February brings the first few warm days of the New Year. When that happens, it's time to head out and check the rocks, jetties and pilings for the first species that yields a relatively consistent fishing opportunity, sheepshead, which heads to any hard substrate to start its spawning activities. 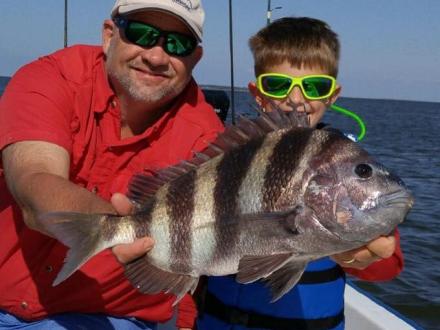 Sheepshead start to spawn in February and can run through April, depending on weather and water temperature.

The stripes on the sheepshead lead to the common nickname of convict fish, and that also translates into the fish’s ability to steal the bait off your hook. Sheepshead have an impressive set of chompers that are used to nibble crustaceans, like barnacles, that are attached to or hiding in and around any of the previously mentioned structure.

Sheepshead can also be found in a little deeper water around petroleum platforms, bridges and oyster reefs. If the structure has been in the water long enough for organisms to get attached, the sheepshead will be close by.

Use fresh dead shrimp, live shrimp, fiddler crabs and hermit crab – whatever is available – for sheepshead.

I’ve learned the hard way to use 15-pound test line, preferably fluorocarbon, around the structure. The fluorocarbon may be just a bit stiff but it is much more resistant to being nicked or sliced by barnacles or sharp edges on the structure. I also use a No. 2 or No. 4 hook that is either black or bronze. Don’t even think about using a gold hook for sheepshead fishing, because all the fish will do is leave that shiny hook baitless.

When you’re fishing around structure, it’s also important to have

a rod that can handle the task. You don’t want a limber, lightweight rod that won’t allow you to put pressure on the fish. If the fish is allowed to roam, it will invariably get back to the structure and cut the line like it had scissors.

Instead opt for a rod with a decent tip with backbone so that when the fish is hooked you can get the fish away from the barnacles and into the ice chest.

Because of its shape, cleaning sheepshead is a little more of a task than other fish. However, the fillets are delicate, white flesh that can be prepared in a number of ways.

A faux West Indies salad can be prepared by dropping sheepshead fillets into boiling water with a little crab seasoning until the flesh flakes apart. After chilling the fish, take a fork and flake the fillets as a substitute for the crab meat. Mix the flaked fish with a chopped onion, chopped red bell pepper, oil and cider vinegar or Italian dressing. Add salt and pepper to taste and you’ve got faux West Indies salad.

Of course, sheepshead are also great when battered and fried in 350-degree peanut oil. Pass the tartar sauce, please.

Alabama has a 10-fish daily bag limit per person with a 12-inch minimum size, but a 12-inch fish doesn’t yield much of a fillet. If possible, throw the little ones back and keep those 16 inches and larger. You won’t be sorry when you’re finished cleaning and eating the fish. 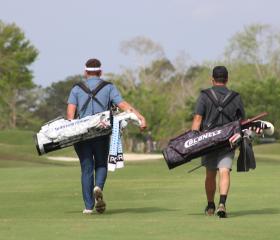 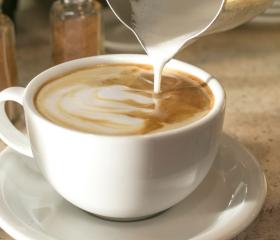 10 Coffee Spots to Check Out in Gulf Shores & Orange Beach 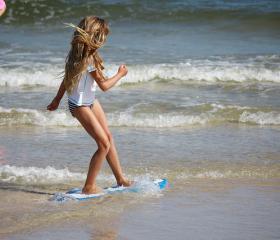 Learn How to Skimboard on Alabama’s Beaches 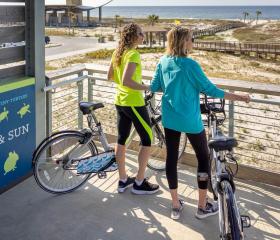