Fishing Season Far from Over

When is the best time of the year to come fishing in Orange Beach?

“I always tell them to come fishing in the fall,” said Captain Mike Davis of Bloodsport Charters in Orange Beach. That is the response he gives to a potential client when they inevitably ask that question.

This is the favorite time to be offshore for many local charter boat captains including Davis. “I think the fishing gets so much better in the fall for two big reasons. The first is we finally get a break from the heat which both the fishermen and the fish greatly appreciate. Secondly, the fishing pressure is reduced by a huge amount once we pass Labor Day.”

So much attention is devoted to our red snapper fishery (and rightfully so, since it is the best in the world) that it is easy to overlook all the other excellent fish we can target throughout the entire year. Davis is putting his guests on snapper right now, just not the red kind. “Our customers are enjoying catching beeliners (vermilion snapper) and white snapper with red snapper being out of season.” Beeliners and white snapper also have the added benefit of not having just a two-fish limit like red snapper, so not only are his customers catching high-quality table-fare fish, they are also able to keep more fish for the freezer.

Fishing in the fall most certainly isn’t limited to just bottom fishing. Trolling is a great way to spend a day, either before or after loading up on reef fish. “We love to target wahoo by pulling lures this time of year,” said Davis. “Anytime we put a wahoo in the boat for a customer that always makes for an extra special trip and memory.” From their blistering initial run to their brilliant tiger-like beautiful stripes, a wahoo indeed represents a special catch as well as being one of the best-eating fish the Gulf of Mexico has to offer.

Speaking of great eating fish, Davis gets excited when talking about the fall and even into the winter season, as that is when tuna fishing really is at its best. “Of course, tunas are caught year-round, but during the summer the rigs are usually loaded with boats. With six, eight or even ten or more boats trolling around a rig, that makes it more difficult for everyone trying to catch tunas, who can be notoriously finicky even under the best conditions.”

With fewer boats at the offshore rigs now, and some days not even seeing another boat, the tuna seem to respond well to the decreased fishing pressure. Trolling, live-baiting and chunking can all be more productive when you have the rig to yourself. While at those deep water rigs, catching a billfish also becomes a possibility. This can lead to the ‘Fish of a Lifetime’ for an angler when a white marlin, sailfish or blue marlin is caught, photographed and then released to fight another day.

Our local charter fleet offers fall fishing options which are perfect for anyone that is considering booking a trip. Near shore four-hour charters, all day trips and even overnight adventures are all available. Come see why so many of us think this is the best time of the year to enjoy cooler temperatures while experiencing hot fishing. 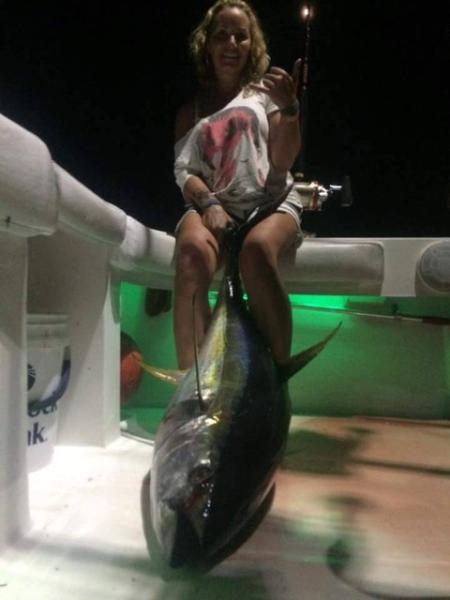 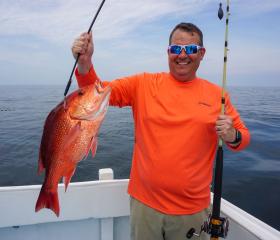 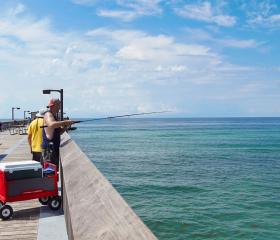