Now that the new year is here, anglers are looking forward to that first trip of the year. 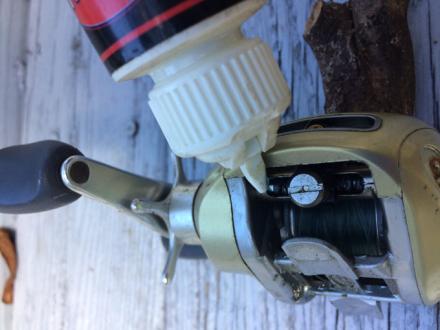 With the down time during the offseason, this would be a great time for some tackle maintenance, especially for your fishing reels.

Start by inspecting the reels for any saltwater corrosion and get that cleaned up before you think about lubing the reel to prepare for next fishing season.

My fishing guide buddy, Jay Gunn of Jayhook Inshore, prefers a water-resistant bearing grease to use inside his reels, which get extreme workouts from April through October. He uses Aqua Lube which is a blue-colored marine grease that will work that several manufacturers make.

Gunn takes a Cajun Injector rig and cuts off the needle to where there is only one hole.

“You can leave the reel on the rod if you want to,” said Gunn, who sticks with spinning reels. “Secure the line in the line clip or remove the spool. Remove the handle, and then remove the screws from the side plate. Put the screws in a safe place so you don’t lose them. Pull the side plate off and squeeze the grease into the gear teeth. Spin the spool just a little and continue to fill the gear teeth with grease. After all the teeth are filled, grease should be gathering around the worm gear. Undo the anti-reverse and spin in reverse. Put generous amounts of grease in all gears. Don’t worry about having too much grease because the reel is encased. Replace side plates. Before replacing the handle, put several drops of oil (Corrosion X or equivalent) in the ball bearings in each side. Replace the handle and you’re ready to go.”

When Gunn buys new reels for his charter business, he doesn’t depend on the factor grease. He takes the new reels apart and adds his favorite.

“I don’t know what the deal is, but they barely put any grease in the reels these days,” he said. “My reels last three times longer if I grease them before I put them in the boat.”

When it comes to baitcasting reels, the process is similar, although the worm gear is much more exposed to the elements. Take the handle off and pull off the side plate. Remove the spool and grease all the gears. Put a touch of top-quality oil on the end of the spool spindle and replace. Oil the bearings before you replace the handle. Flip the reel upside down to get to the worm gear. You don’t want to use a grease that will get too hard or too gummy on the worm gear. Penn synthetic oil works well on the worm gear. It’s thick enough to stay put, but it doesn’t get sticky and interfere with the operation of the reel.

Now that the reels are all lubed up, check your fishing line for brittleness or nicks and get ready for that first cast of spring.