Greater Amberjack Puts Up a Fight

Gulf anglers have a few less options now that red snapper and gray triggerfish seasons have closed, but one fighting fish still available is the greater amberjack, and that season is scheduled to stay open through Oct. 31. 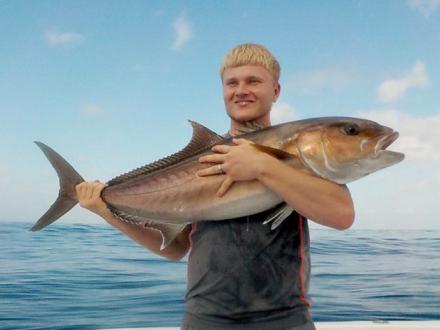 Greater amberjack are one of the hardest fighting species in the Gulf. I've caught yellowfin tuna that weighed more than 100 pounds that didn't fight as hard as a 65-pound amberjack I tangled with that left me reaching for a bottle of cold water and a place to rest after the fish was finally gaffed.

The main challenge with amberjack is they tend to live in deeper water, which means the boat ride will likely be a little longer than for species like red snapper, which are often plentiful in 60 to 100 feet of water. Although smaller fish can be found in shallower water, the big amberjack typically hang around structure that is 150-200 feet deep and has some vertical relief, like large wrecks or petroleum platforms.

If you locate structure with amberjack around it, you're better off to stick with fairly heavy tackle with at least 50-pound test line, possibly heavier if you can't keep the fish from cutting you off in the structure.

Captain Johnny Greene of the charter boat Intimidator out of Orange Beach said the amberjack bite has been good since the season opened again on August 1.

'We've been finding AJs on the big wrecks nearshore and big rigs offshore,' Greene said. 'Sometimes smaller spots will hold fish, but the biggest thing about amberjacks is they hold far up in the water column. You have to adjust your bottom machine so you can see the fish that are a third or halfway down the structure.'

Large circle hooks with egg weights fished with live bait, usually hardtails (blue runners) or finfish, are typically used to target amberjack. However, if you find a spot with plenty of fish, you can drop down a large jighead with a plastic curly tail and catch fish. The action needed to entice a bite is specific, though. You've really got to work the jig aggressively with fast pumping motions to get the fish's attention.

'During the full moon, you sometimes have to have some kind of reactionary bite,' Greene said. 'That's when we use the big jigs with a green curly tail or diamond jig or butterfly jigs. We usually have some restless souls on the boat, so we give them the rods with the jigs.'

If the Intimidator finds some bigger AJs, they beef up the tackle with at least 80-pound lines and leaders. Sometimes they will go up to 130-pound test line to slow the fish down.

'Sometimes you have to pour the heat to them to keep them out of the wreck,' Greene said.

The largest amberjack for Greene during his fishing career has been a 99-pounder.

If you're not a seasoned Gulf angler, it would be highly advisable to find one of the numerous charter boats in the Orange Beach-Gulf Shores area to take you on an amberjack trip. The charter captains rely on their vast experience of where the different species of fish prefer to hang out. They have amberjack spots and might also be able to put you on some vermilion snapper while you're out.

Visit Gulf Shores & Orange Beach Tourism's website to find an area charter boat, then head out into the Gulf and catch a nice amberjack.

And when you get back, several restaurants in the area will cook your catch. You provide the fish, and they will prepare in a variety of delicious ways.

What Dads Do When It's Just the Guys 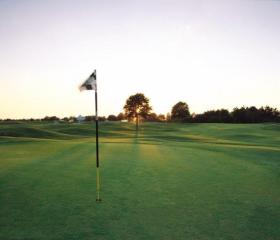 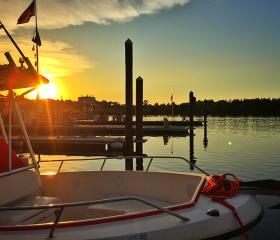 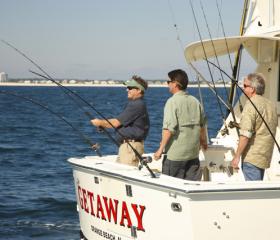 Get the Guys Together for a Gulf Coast Fishing Trip