One of the many benefits of living on or visiting the Alabama Gulf Coast is the easy access to delicious seafood and fishing opportunities, especially Alabama-grown wild shrimp.

When the recreational shrimping season opens on June 1, Alabamians who want to catch their own succulent shrimp can continue the time-honored tradition of dragging a shrimp trawl in the state’s fertile coastal waters. 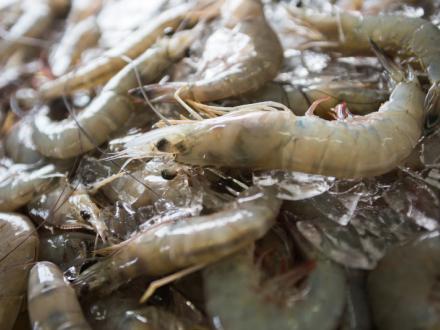 A shrimping trip in Alabama waters can be as educational as productive in producing enough shrimp for dinner. Because the net is dragging near or on the bottom, all sorts of creatures will end up in the net. You’ll end up with croakers, catfish, menhaden, sting rays, shad, blue crabs and other critters. Sorting through the haul is part of the fun.

If you are lucky enough to catch blue crabs in your shrimp net, you can retain a certain amount. According to the regulation, licensed recreational shrimp boats taking crabs in waters open to commercial shrimping are limited to no more than one five-gallon container of legal-size crabs (5 inches across the carapace from spine tip to spine tip) in possession per boat.

In 2014 and earlier, Alabama law required that shrimp reach the size of 68 shrimp per pound to open the season. That meant the Alabama Marine Resources Division determined the opening date, which could range from late May to the middle of June.

Legislation in 2015 sets specific dates for shrimp closures and openings. State waters are closed to shrimping at 6 a.m. on May 1 and reopen at 6 a.m. on June 1.

Some families take a vacation to haul in enough shrimp to fill their freezers, and a consistent opening date takes the guesswork out of when to take off. 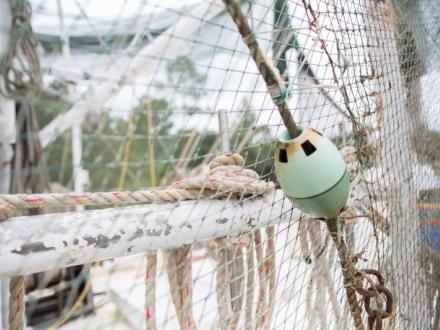 If you don’t have your own boat or shrimp trawl, give Alabama Coastal Charters a call at 251-714-3474 to book a shrimping trip on one of their pontoon boats. Visit alabamacoastalcharters.com for more information.

The rules and regulations are relatively simple if you plan to participate in this great outdoor outing. Recreational shrimpers are limited to a 16-foot trawl, which must be deployed and retrieved by hand. Shrimpers are allowed one five-gallon bucket of heads-on shrimp per person per day. Recreational shrimpers are required to have a boat license that costs $19 for Alabama residents. Non-residents pay the same amount charged Alabama residents to conduct the same activity in the applicant’s state, not to exceed double the cost of the resident license. Find the complete list of recreational shrimping regulations for more information.

During the summer, brown shrimp make up the majority of the catch. In the fall and sometimes late summer, white shrimp may end up in the trawl. White shrimp tend to be considerably larger.

Avoid oyster reefs when you make a drag. It is unlawful for any person to drag a net, seine, or trawl over public or private oyster reefs. It is also unlawful to retain gamefish, which includes red drum, spotted seatrout, tarpon, and striped bass caught with a trawl. When you’re sorting your catch, be sure to stay away from the shoreline. The law prohibits the discard of dead fish or other dead seafood within 500 feet of any shoreline or into the waters of the Gulf of Mexico within 3 miles of the Gulf beaches (includes Pelican Bay).

Pulling a shrimp trawl is a great opportunity for families to spend time together outdoors and to teach your kids and grandkids about the wild creatures that live in the waters in or near the Gulf. Plus, you’ll likely end up having a nice shrimp boil with your bounty from the sea.