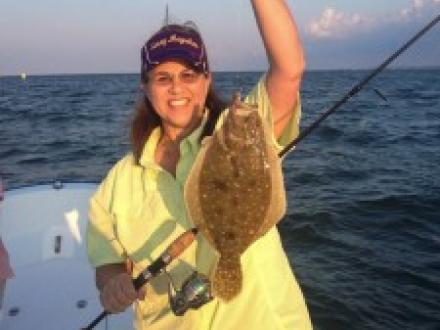 With its flat body and sideways mouth, not to mention the bulging eyes on the top side, the flounder is not your typical fish.

But what it lacks in eye appeal, it more than makes up for in palate appeal. The flounder flesh is white and delicate without a hint of what my girls call a “fishy” taste. That's why just about any way you prepare flounder, it's going to be a hit. If the flounder is big enough, you can slice off the fillets from the top and bottom of the fish. You can fry them whole or broil them. Obviously, broiled flounder is probably the most common preparation method, although broiled flounder with crabmeat stuffing is pretty high on the list as well.

During most of the year, catching flounder can be a hit-or-miss proposition, hooking one or two while tossing lead-head grubs for other species like speckled trout and redfish. But there are times during the year that flounder migrate, and those are the times when a limit of 10 fish per person can be thrown in the ice chest. Flounder must be 12 inches in total length to keep.

In Alabama, anglers can encounter two species of flounder, the southern flounder and the Gulf flounder. The Gulf flounder will be smaller with a more rounded tail and the spots and coloration will be considerably more vivid. The Gulf flounder prefers a sandier habitat, which means you'll more likely catch them on the beachfront. 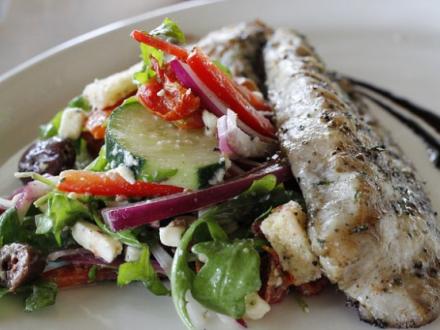 Most of the migrating flounder will be southern flounder, and they can stack up in significant numbers in different spots in coastal waters. I remember one trip with a friend where we cast grubs into an opening between two jetties, a natural funnel. I hooked a flounder and then my buddy hooked one just as soon as he made a cast in about a 2-foot circle. We sat in one spot, casting grubs into one opening and caught more than a dozen flounder.

Many times in the fall, the flounders' migration routes will take them near structure. So if you've caught them in one place before, it's best to check those spots again. Flounder seems to like the gas rigs in Mobile bay as well.

When you hook a flounder, get him in the boat quickly. Flounder are the world's worst about throwing the hook right at the boat, so get him in the net quickly. Take that first flounder and cut several strips from the white belly and attach it to the hook. The addition of that strip of flounder belly will increase your catches by at least two to one. Flounder are also quite fond of bull minnows. If available, take some of those along on the trip.

When it's time for cooking, if you're going to broil, fry or grill the fish whole, I made diagonal cuts across the body at about 1 ½ to 2-inch intervals to ensure the fish gets completely cooked. If you catch some big ones, head down to the seafood market and get some crab claw meat to make the stuffing. There are plenty of stuffing recipes available, but I prefer a simple stuffing made with onions sautéed in butter, bread crumbs, claw meat and a little Tony Chacere's. Delicious.