Find Out What's In Store at 2015 Hangout Music Festival 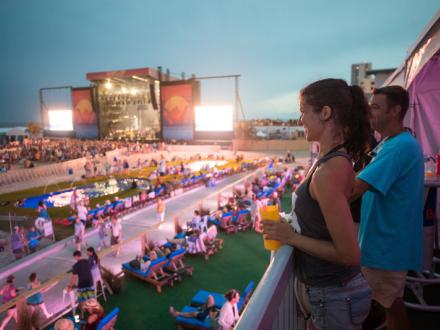 The music scene is heating up again on the Alabama Gulf Coast. Join the thousands of people May 15 to 17 at the 2015 Hangout Music Festival as Gulf Shores welcomes the Foo Fighters, Sam Smith, Zac Brown Band and Beck to the festival stages. Dozens more musical acts, including Skrillex, Paramore and Foster the People will also be among the groups entertaining fans who come from near and far to enjoy music on the beach.

New to the festival this year is a beachside wedding chapel, sixth stage and newly redesigned Alabama Gulf Seafood Outdoor Courtyard and fashion village. Pop-up boutiques will have the swimsuits, dresses, hats and sunglasses you need to outfit your weekend of sun and song.

Three different ticket levels are available, but all offer three-day admission to the festival that includes 70+ bands. Ticket prices also include shaded areas under palm trees, the Sky Bar Tower with 360-degree views, a variety of amusement rides and games, free refill water stations and several dining options. VIP options include such amenities as swimming pools, complimentary drinks and even golf-cart chauffeur services. 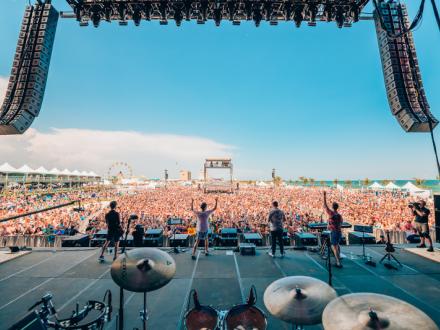 Gulf Shores hotels and Orange Beach condos have great deals on Hangout Music Festival packages, some including festival tickets. Book early to reserve your spot in the sun. There are numerous lodging options within walking distance to the festival. Shuttle service can assist those who choose to vacation a little farther away from the festival site of the Gulf Shores public beach.