Paddle Away with the Wind & Water Learning Center 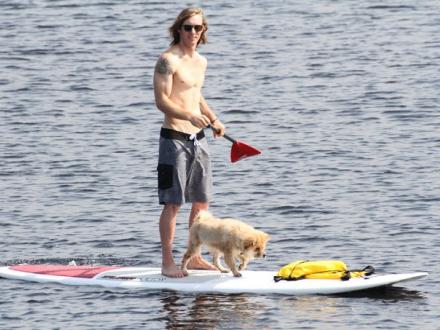 Where do you go to find peace and serenity?

In Orange Beach, the locals head to the water, specifically the back bay areas like Wolf Bay. Here, the water laps gently on the banks and osprey nests can be seen in tall trees dotting the shoreline. The bay is one of the many perfect spots to while away an afternoon, and it's even better when you can board a kayak or sailboat and do it from the water rather than the bank.

Alabama beach locals know of a little treasure on the banks of Wolf Bay called the Wind & Water Learning Center. An initiative of the City of Orange Beach, the center offers an array of activities. Its popularity is growing among visitors as word gets out about this little piece of paradise.
During the summer months, dozens of school-age children get their sea legs during sail camp, a series of three courses for beginner, intermediate and advanced students. Each course is a week long, three hours per day, and ends in a regatta. The young sailors cruise the bay waters in either an Optimist sailboat or Sunfish boats. Sail camp is open to ages 7 to 14 and you don't have to be a local to participate. 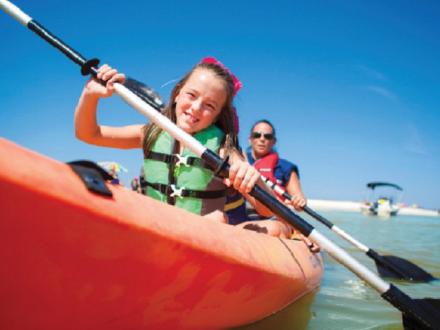 More than 200 children participate in the camps each summer. Imagine the memories your tween or teen will bring back from vacation when they've made summer friends at camp!

According to Coastal Programs Coordinator Nick Cantrell, Sail Camp has a long history in Orange Beach. Cantrell attended the camp in 1991 at The Point Yacht Club when he was 13 years old. The city took over the operation in 2004, followed by the construction of the Wind & Water Learning Center in 2012.

Private sailing and kayak lessons are available for individuals and groups. Nick says if you ask, “What else do I do while at the beach,” you may just hear, “Learn to sail!”

Kayakers will enjoy dipping their paddles in the water at the Wind & Water Learning Center, as well. Group kayak events are held throughout the year. From lessons for first-timers to full moon paddles under the stars, it's a great way to spend an afternoon or evening on the bay.

During the Full Moon Paddle, for a donation, kayakers are treated to live entertainment, a catered dinner and a guided paddle across Wolf Bay to see the sunset and return under the full moon.