Good Times are Brewing at the Beach

Part of the Beach Bites Series

Since the late 1970s, a grassroots home-brewing culture has been picking up steam and laying the foundation for beer lovers to enjoy unique brews not produced en masse. According to the Brewers Association, the home-brewing culture began because the beer traditions and styles of other countries were being forgotten or were not as readily available as large-scale marketed brands. The only way to enjoy those traditional or unique selections was to make the beer yourself. These roots have paved the path for the craft brewing industry we know today, including the one we have on the Alabama Gulf Coast. 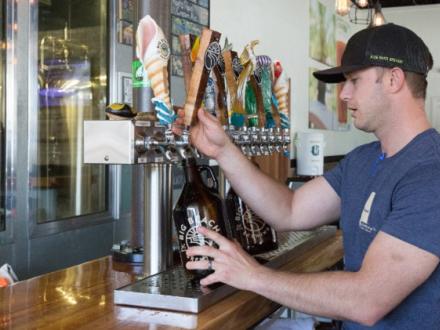 While we won’t officially call it a craft beer scene, the availability of a large selection of local and regional craft beer is easy to find in Gulf Shores and Orange Beach. Big Beach Brewing Company in Gulf Shores is the ideal place to order a flight and find your favorite. Not only will you have the opportunity to sip until you find your favorite, but the atmosphere is as relaxed as your own backyard. In fact, the taproom is an open-air area complete with fireplace and cozy seating. The courtyard is great for a game of disc golf or letting your furry friends stretch their legs because yes, Big Beach Brewing Company is even dog friendly.

The brewery is the brainchild and passion of a local dentist and wife, Jim and Julie Shamburger. The pair started brewing just eight years ago and their hobby quickly grew. In fact, they said they enjoyed their craft beer so much, it was only fair to share it. So they did! Order up a pint during your next vacation and let us know which one calls you back for another. Enjoy American pale ales, IPAs, malty German amber lagers, Irish red ales, cream ales and a caramel-centric brown ale named after Gulf Shores itself – Small Town Brown Ale. 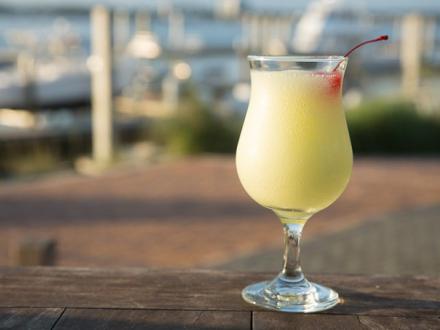 Just down the road a bit in Orange Beach, stop in at Luna’s Eat & Drink. Belly up to a pub table in the eclectic bar area of the restaurant for one of the beach’s largest craft beer menus. Can’t decide where to begin? Try a flight of three or five. Luna’s Eat & Drink offers 32 craft beers on tap, including regional favorites like “I Drink Therefore I Amber,” a red ale from nearby Fairhope Brewing Company (just a 30-minute drive from Orange Beach). If you’ve got a taste for something on the lighter side, “Along Came a Cider,” a strawberry lime cider, is also poured from Fairhope Brewing Company. The nearby Pensacola Bay Brewery is also represented at Luna’s with the Deluna German Style Kolsch. You’ll be treated to plenty more Alabama brews at Luna’s Eat & Drink, as well.

Craft beer isn’t the only drink highlighting Gulf Shores and Orange Beach restaurant and bar menus. Craft cocktails made with unique ingredients will have you going back for another. Check our Craft Cocktail Trail for a few hot spots for your next vacation.