The best big game anglers in the nation will join in the best tournament competition in the Gulf of Mexico during the 2022 season. From giant blue marlin to 200-pound-plus yellowfin tuna, the Alabama Gulf Coast will host numerous tournaments to showcase the fantastic fishing available in the Gulf. 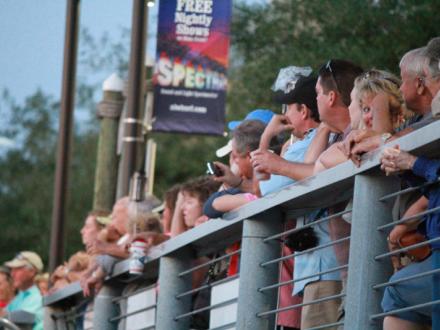 The action kicks off, as usual, with the Orange Beach Billfish Classic (OBBC), set for May 17-22 at The Wharf Marina in Orange Beach.

The OBBC is a family-run tournament that is unique among billfish tournaments on the northern Gulf Coast. The tournament is dedicated to big-game fishing and billfish conservation. The OBBC is the largest tournament donor to The Billfish Foundation (TBF) in the world. The TBF was founded for the conservation of bluewater species like several marlin species, sailfish, spearfish and swordfish. The OBBC donates 100 percent of the net profits to TBF and other qualified 501(c)(3) conservation organizations. TBF has received donations of more than $800,000 from the Billfish Classic since its inception in 1996. 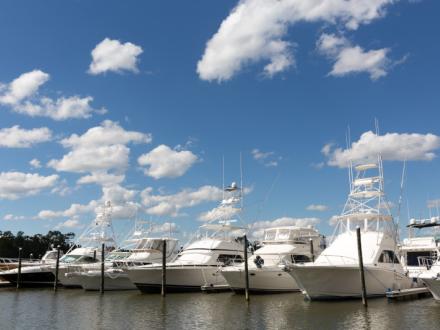 Next up on the calendar is the Gulf Coast Masters, the Mobile Big Game Fishing Club’s (MBGFC) Memorial Day tournament, set for May 23-29 at Orange Beach Marina. Fishing begins after a shotgun start at 10 a.m. on May 26, and the scales at the MBGFC dock will be open from 3 p.m. to 8 p.m. on Friday and Saturday.

The Invitational on the Gulf is the newest event on the Alabama Gulf Coast and has a unique format. The invitation-only event will pit 30 of the top boats in the Gulf for a winner-take-all $1 million prize during the competition, set for May 5-7. Weigh-ins will be at The Wharf Marina. 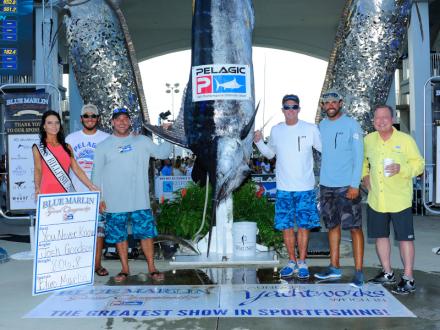 The Gulf Coast Triple Crown champions will be crowned after the series finale, the Blue Marlin Grand Championship, set for July 13-17, also at The Wharf Marina. Categories include blue marlin weighed and catch and release as well as tuna, dolphin and wahoo.

The Orange Beach Open comes to The Wharf Marina August 4-6, also with conservation in mind. The blue marlin category is catch-and-release fish only, and boats are restricted to trolling artificial lures for marlin. Natural bait and artificial lures are permitted for tuna, wahoo and dolphin. Boats will leave on Thursday, and the final weigh-in will be Saturday at the marina.

Speaking of The Wharf Marina, it is one of the best locations on the Gulf Coast to witness a big game fishing tournament. Spectators will find plenty of food and entertainment while waiting for the boats to back into the dock to offload their impressive catches of blue marlin, tuna, wahoo and dolphin. Plenty of viewing spots are available as well as free parking. 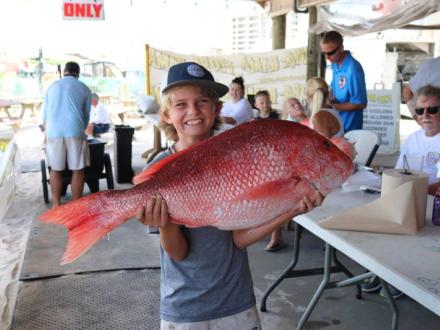 If you’re looking for a “family fishing” event, consider heading to the Alabama Gulf Coast’s world-famous Flora-Bama for the Flora-Bama Fishing Rodeo, set for June 10-12, with weigh-ins at Flora-Bama’s Ole River Grill. Anglers can compete in 30 categories, from gaff-topsail catfish to red snapper and yellowfin tuna fish.

Check your calendar and plan a trip to Alabama’s beautiful Gulf Coast to join in the fishing tournament fun this summer.