The action on the end of Gulf State Park Pier in Gulf Shores can sometimes look like a dance, but it’s just common courtesy that prevails when one of the anglers has a fish on. 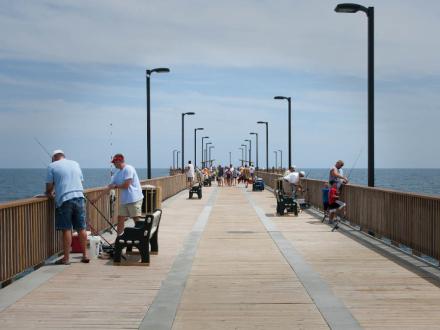 Often referred to as the “pier shuffle,” the regulars at the 1,540-foot pier in Gulf Shores combine forces to make sure the angler with a hooked fish doesn’t get tangled with his pier buddies. Nearby anglers easily make way for that angler or quickly reel in their line to get out of the way.

That example is part of the pier etiquette that is designed to help experienced anglers and newbies catch more fish on this gem in the Gulf of Mexico.

Usually, the pier’s diehard anglers head to the octagon at the end of the pier as the sun begins to rise each morning. The fishing on the end is usually intense.

All that action attracts spectators and inexperienced anglers, who might be tempted to jump in the middle of the action. Pier etiquette requires that you should wait for an invitation before joining the fray.

What’s great about Gulf State Pier is the old hands, affectionately known as the Pier Rats, are a bunch of good folks who are willing to help anybody if asked.

Those pier veterans are basically trying to teach people how to fit in so they don’t disrupt the anglers around them. Pier carts are used to keep the tackle away from the rails. When a big fish, like a king mackerel or bull redfish, is hooked, the angler must be able to move along the rails until the fish tires. If anglers follow the pier etiquette, the hooked-up anglers move along the rail with ease.

When a big fish is hooked, the experienced anglers who aren’t hooked up start reeling in and grabbing gaffs or nets to aid in the landing of the fish.

If it’s a bigger fish, like a 30- to 40-pound king, the angles may use two gaffs because they don’t want to take any chances with a fish that big. If the fish is not too big, a net can be lowered and the fish guided into the net by the angler.

Successful retrieval of a fish, especially a big fish, is cause for celebration. 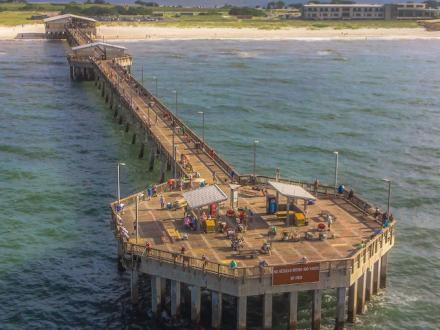 Those pier veterans want people to be able to make the best of their time when they’re on the pier by sharing their fishing experience.

Of course, the pier is not all about big fish. Head toward the shoreline, and you’ll find a variety of species like pompano, whiting and speckled trout for those who prefer to catch fish on lighter tackle.

To fish the pier, a valid Alabama saltwater fishing license is required as well as a pier permit. The daily pier fishing permit is $9 for adults and children 12 years and older. Children 11 and younger are admitted free with a paying adult. Passes are available for a week ($41), month ($81), six months ($161) and annual ($321).

Take advantage of the best pier fishing on the Gulf Coast by planning a trip to Gulf State Park Pier. 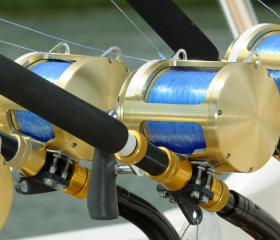 Stock Up Your Inshore Tackle Box with Essentials 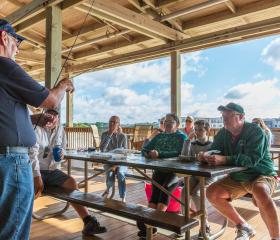