When the Weather Cools, the Fishing Gets Better

When the dog days of summer are finally behind us, the fishing in the fall along the beautiful Alabama Gulf Coast may be the best time to fish all year. 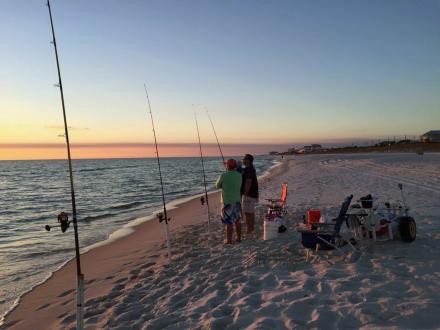 The water temperature begins to cool, and the fish become more active. Instead of spending most of their time in the deeper pockets to find cooler water, the inshore species like speckled trout and redfish venture out onto the flats to feed on the shrimp and baitfish that are starting a transition that will take them into Alabama’s bountiful estuaries.

When the weather changes on the Gulf Coast, the variety of species available for anglers is outstanding. That includes the species that inhabit the surf and those who hang out several miles from the beach.

Spanish mackerel and king mackerel won’t start their migration until later in the fall, which means will have luck trolling spoons and cigar minnows for mackerel in nearshore waters.

When the first cool front of the year comes through, the whiting and pompano start biting better in the surf. Just a few degrees drop in water temperature will trigger the feeding frenzy.

You can catch pompano in the surf on pompano jigs or natural bait, like peeled shrimp, sand fleas and ghost shrimp.

Bait shops will fresh-dead shrimp and likely will have frozen sand fleas. For ghost shrimp, anglers will have to catch their own with a suction pump, available at the bait shops, in the sand at the surf line.

Use a small hook, like a No. 6 Kahle, when you’re fishing for pompano or whiting. 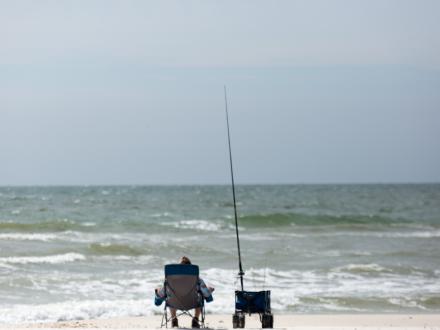 October is always a great month for catching big redfish off the front beach, while the flounder will also start showing up on the beach.

For anglers who love to fish off of the Gulf State Park Pier, fall is a season of plenty.

The Spanish and king fishing is excellent as they start to make their migratory run, headed back to South Florida, where they spend the winter. Kings tend to migrate a little earlier, but the Spanish will stay until the water temperature drops below 70.

When the mackerel leave, the pier fishermen can look forward to catching whiting, redfish and flounder as well as a few pompano.

Pieces of fresh-dead shrimp with a relatively small hook with a light line will work for the whiting and pompano. If any of the bait shops have bull minnows, grab a dozen or two to target the flounder and redfish. Drop the bull minnow right next to the piling if you’re looking for flounder. Sand fleas, whether frozen or you dig your own in the surf line, are great baits for redfish and pompano.

While red snapper season will likely be closed, offshore anglers have the opportunity to catch numerous other species, like vermilion snapper, deep-water groupers, blackfin and yellowfin tuna, plus you can battle a drag-stripping amberjack until the end of October. 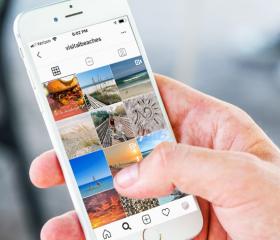 Celebrate dad-hood by taking a few days to be the virtual tour guide for two travel bloggers, Adrian Kulp of Dad or Alive and Angus Nelson of Those...