GULF SHORES AND ORANGE BEACH, ALA. – With the National Collegiate Beach Volleyball Championship May 3-5, 2019 at the Gulf Place Public Beach, collegiate student-athletes are vying for the chance to dig their way to Alabama’s beaches. The future players of this growing NCAA sport will be competing simultaneously during the Gulf Coast Region USA Volleyball Beach Fest national qualifier May 4-5.

Hometown standout and University of Alabama at Birmingham (UAB) verbal commit, Marti Mclaurin, shares her beach volleyball journey and the impact of the national championship co-hosted by UAB taking place in Gulf Shores.

“I entered my first volleyball tournament in sixth grade, played indoor for Gulf Shores Middle School and started getting serious in eighth grade when I joined a travel club in Pensacola,” Mclaurin says. “I played in my first national beach tournament in eighth grade – the first year of the NCAA-sanctioned championship being in Gulf Shores – and developed a true passion for the sport.”

“Marti is a dedicated athlete, and UAB will love her coachability, drive and energy that she brings to every workout, practice and game," Eddie Henry, Beach Elite coach, remarks.

"PIVC Beach Elite has been very successful in prior years with helping players reach the next level with athletes playing at Mercer University beach program and Spring Hill College beach program,” Weaver explains. “This year, we have five athletes committed to a beach program at the college level. We are very proud of Marti and all her accomplishments. We can't wait to see her play here locally one day as a UAB beach player."

In February 2019 as a high school junior, Mclaurin verbally committed to play NCAA Division I beach volleyball at UAB.

“Our home state is so important to us and Marti represents a commitment from us to Alabama,” Kyra Iannone, UAB head coach, said. “We are so proud that our school has been hosting the National Championship in Gulf Shores since before beach volleyball was an official NCAA sport, and for the next four years. This shows the commitment that UAB has to the future and success of beach volleyball as an Olympic sport, an NCAA sport and a local sport.”

Mclaurin says her purpose comes from above and within, not for the glory of playing on a big stage. As she moves towards a collegiate career, Mclaurin focuses her spare time on coaching 10 to 12-year-old girls for indoor and beach volleyball and being active in her church.

“When I start something, I go all out,” Mclaurin says. “My faith and family play a huge role in my life, and I strive to do everything in God’s name to inspire others to pursue their passions for the right reasons.”

Full coverage from all five courts will be aired live by ESPN family of networks. The championship match will air on the main ESPN network Sunday, May 5. Visit GulfShores.com/NCAAWomensBeachVball.aspx for more details on the championship and NCAA.com/Tickets/Beach-Volleyball/NC for tickets. For information on the Gulf Coast Region USA Volleyball event, visit GulfCoastVolleyball.org/BeachFest. 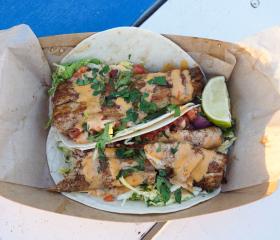 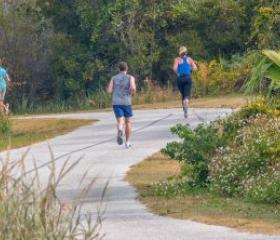 A Runner's Guide to Gulf Shores and Orange Beach 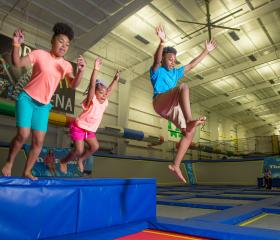 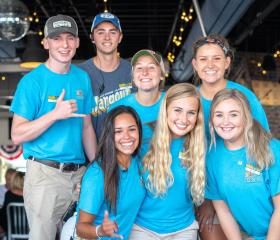 What to Do When Your Tournament is Rained Out 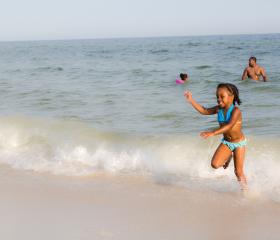