Suffer from Spring Fever? The month of May offers a variety of things to do in Gulf Shores and Orange Beach. 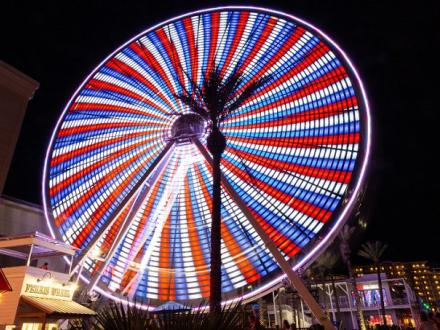 You may ask, “What is there to do along the Alabama Gulf Coast in May?” As the weather begins to warm, you'll find that the action heats up as well. Whether you’re here for a weekend getaway or a spring break trip with your family, Gulf Shores and Orange Beach have plenty to keep you entertained.

2019 National Collegiate Beach Volleyball Championship - May 3-5, 8am-5pm. Gulf Shores Public Beach. The top eight collegiate teams from across the country hit the beach to compete for the coveted championship. All of the passing, setting and hitting will keep you on the edge of your seat.

15th Annual Gulf Coast Hot Air Balloon Festival - May 3, 2pm-10pm and May 4, 9am-10pm. Free admission. Spread out your picnic blanket, grab an ice-cold drink and enjoy a variety of live music, more than 30 colorful balloons from across the country and an eclectic array of local crafters, artisans and retailers. And watch toss after high toss as man’s best friend defies gravity catching flying saucers in midair at the Disc-Connected K-9 World Famous Frisbee Dog Show. Coolers, smoking and pets are not allowed.

Bryan Adams Shine a Light Tour presented by C Spire Concert Series - May 10, 7:30-10:30pm at The Wharf Amphitheater. Admission varies. Known the world over for his signature brand of feel-good rock and roll and big ballads, Bryan Adams is an icon of epic proportions and has been touring the world for nearly four decades.

Orange Beach Billfish Classic - Tournament dates: May 15-19. Weigh-in: May 17 (7pm-10pm) and May 18 (6pm-10pm). Marlin tournament season in the Gulf of Mexico means big fish and big bucks as well as a serious adrenaline rush for anglers. The tournament begins when anglers depart from Perdido Pass at noon on Thursday and concludes with weigh-ins before the excited crowds at The Wharf on Friday and Saturday nights. 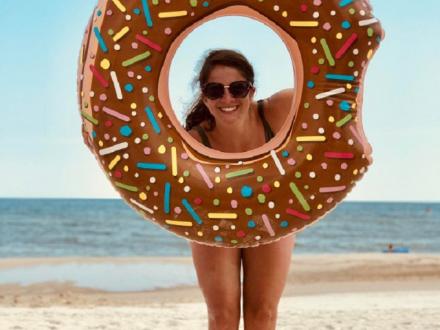 The Hangout Music Festival - May 17-19, 11am-11pm. This annual, exciting three-day, music festival is held at the public beaches of Gulf Shores. The event features many genres of music, including rock, indie, hip hop, and electronic dance music. Groove to top music artists like Travis Scott, Cardi B, The Lumineers, Kygo, Vampire Weekend, and Khalid, and more. *Lineup subject to change.

2019 NAIA Outdoor Track and Field National Championship - May 23-25, 9am-9pm. Day pass tickets are $10, and a three-day pass is $25. Mickey Miller Blackwell Stadium at the Gulf Shores Sportsplex. Watch the exciting track and field events as athletes from across the nation compete to become champions of their various specialties.

Thomas Rhett Very Hot Summer Tour with Special Guests Dustin Lynch, Russell Dickerson and Rhett Akins presented by C Spire Concert Series - May 25-26, starting at 7pm. Thomas Rhett scored his first number one hit in 2013 with “It Goes Like This," introducing a sound that mixed the Southern swagger of county music with pop hooks, R&B grooves, soulful strut, and the anything-goes attitude of rock.

LuLuPalooza 2019 - May 25, 11am-9pm. Lucy Buffett's LuLu's. Free admission. Join us for good times, sunshine and live music all day as we kick-off our summer season. Let the good times roll at LuLu’s in Gulf Shores.

ALABAMA 50th Anniversary Tour with special guests the Charlie Daniels Band presented by C Spire Concert Series - May 9, starting at 7pm at The Wharf Amphitheater. Admission varies. From humble beginnings picking cotton in the fields to international stars, ALABAMA went on to sell 80 million albums while changing the face and sound of country music.

The month of May brings lots of fun, new things to do, so spring ahead on Alabama’s Gulf Coast today. 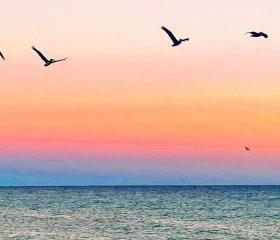 Many families love to get a nice group picture to commemorate their vacations. Then, of course, many proceed to upload those photos to social media... 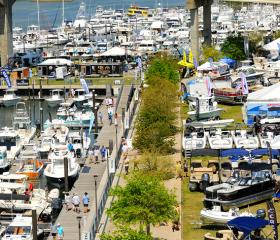