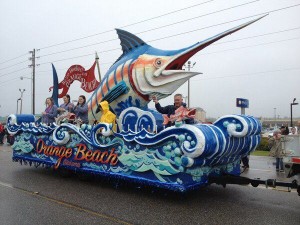 Come to Orange Beach and Gulf Shores to catch some moonpies and beads this Mardi Gras season.[/caption]If you thought Mardi Gras was only a New Orleans tradition, think again. Both