The 2021 Mardi Gras schedule is subject to change.

If there’s anything we love in Gulf Shores and Orange Beach, it’s a good old-fashioned, down-home reason to kick back and have a good time. Please be aware that the 2022 Mardi Gras schedule is subject to change as we continue to navigate the COVID-19 pandemic. We encourage you to revisit this page as our local parade dates get closer, and be sure to visit MobileMask.com for information on other area parades and events. 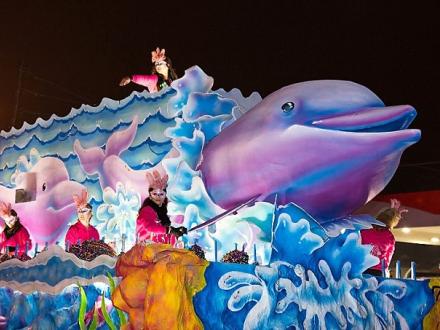 You want beads? We have beads, lots of them. In fact, with five parades this year, the family will be loaded down with strands of faux jewels by the end of the season. Don’t worry; the parades are scheduled not to conflict. We wouldn’t necessarily say the two communities have a good-natured rivalry for honors as sponsoring the best parade, but we wouldn’t say they don’t either. So find your spot along the boulevard, put your hands in the air and give a shout. If you’re lucky, you might even snag a MoonPie sailing through the air. 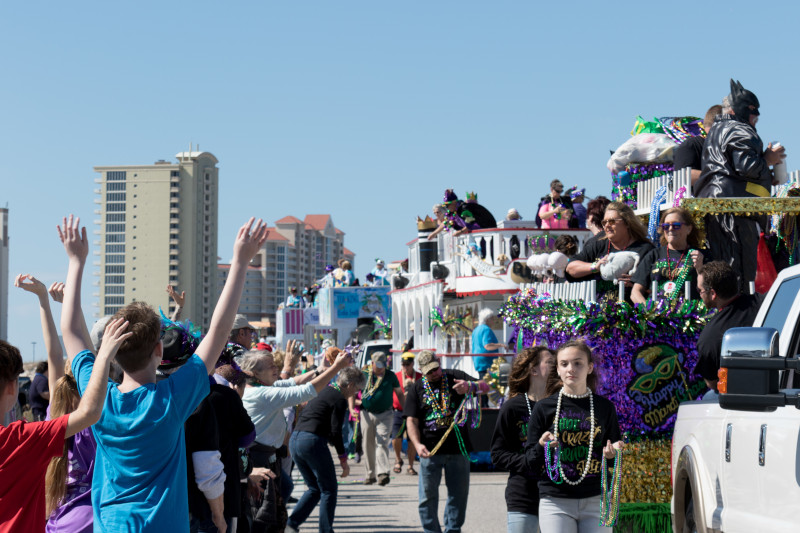 The Mystical Order of Mirams kicks off the first parade of the season on February 26. Beginning on Beach Boulevard, this parade follows the same route as the Orange Beach Parade. The parade will roll at 6:30 and end at the intersection at Highway 161 and Perdido Beach Boulevard near Publix. 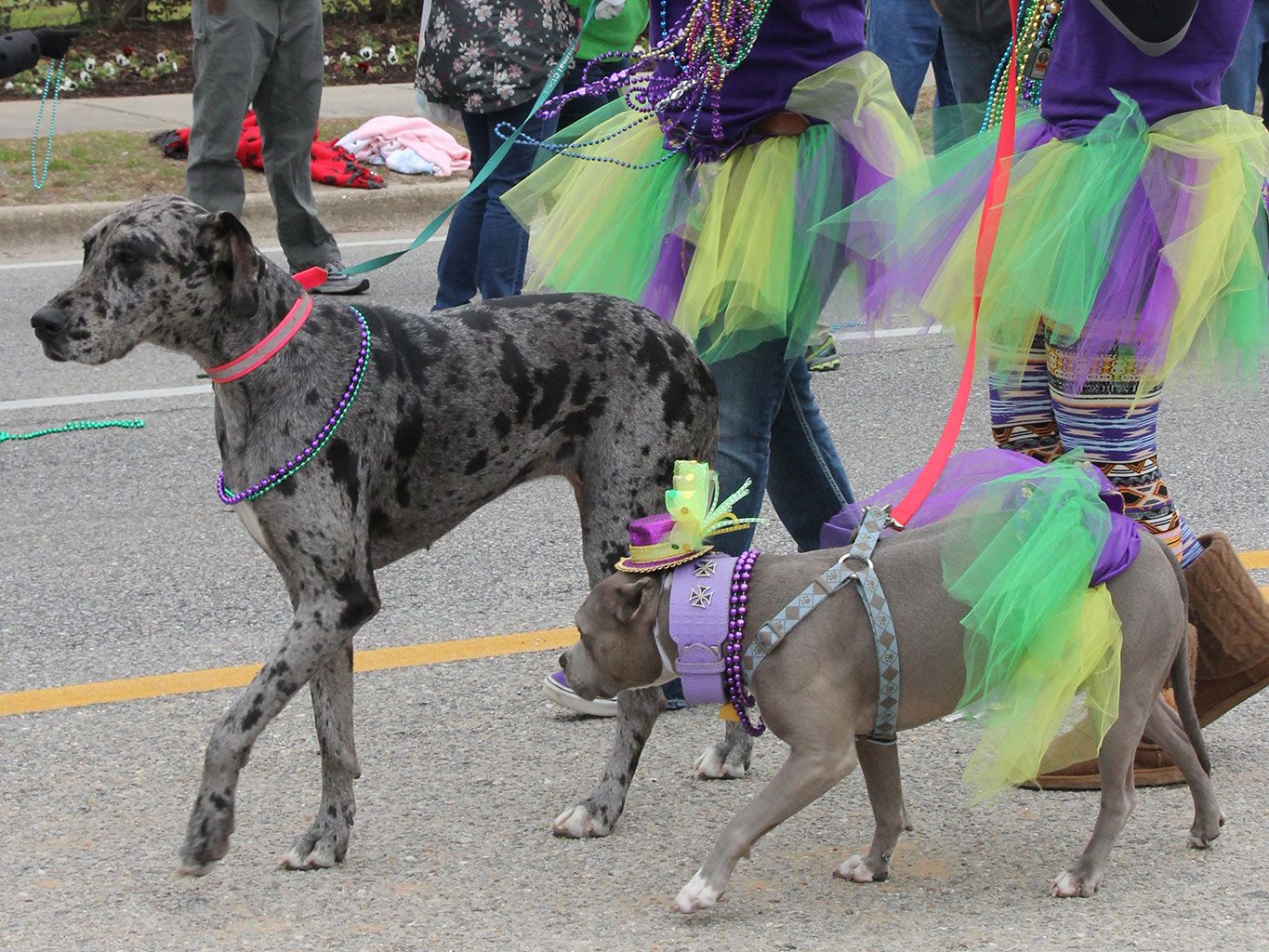 Originated in 1978 by the local Pleasure Island Players, the City of Gulf Shores takes the lead these days in organizing its Mardi Gras Parade. Featuring the Mystic Order of Shiners, the oldest Mardi Gras parading order in Baldwin County, the parade has continued to grow each year. Beginning at 10:00 AM on West 19th Street, the floats, marching bands, and paraders move along the boulevard, finishing big at Gulf Place where you can mingle with new friends and get a closer look at the characters and costumes.

The Orange Beach parade began years ago when several groups wanted a chance to parade along the beach. Now, it is organized each year by the City of Orange Beach. Join the 30,000 enthusiastic spectators lining Perdido Beach Boulevard for the annual event. The parade begins at 2:00 PM and follows a two-mile route along the boulevard including marching bands, floats, and lots of beads. You’ll even find some of the Gulf Shores paraders who haven’t quite finished their celebrating, appearing in the Orange Beach procession. 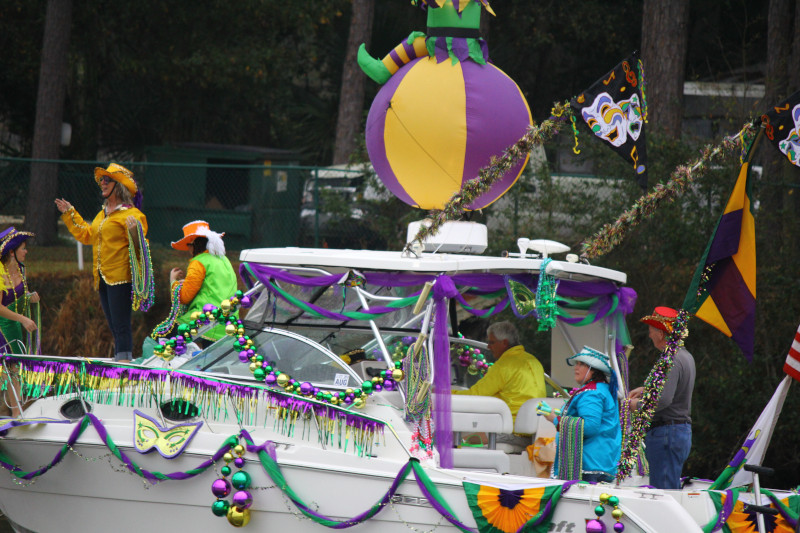 You may have caught throws at Mardi Gras parades before, but have you gotten them from boats? LuLu’s in Gulf Shores celebrates its birthday and Fat Tuesday with one big anniversary and Mardi Gras party on March 1. Guests will enjoy free birthday cake, live music, a costume contest and a boat parade. It’s a great event for adults and children alike to celebrate the Mardi Gras season. 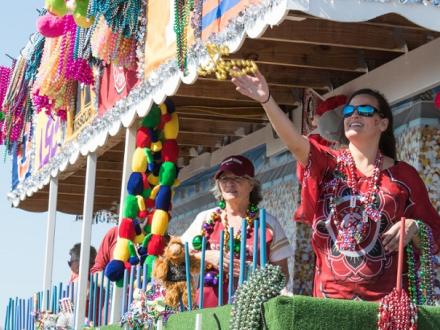 Make A Vacation Of It

The weeks leading up to the official Fat Tuesday Carnival are full of fun and entertainment sponsored by the Mardi Gras Parade Orders and participants. Check the Gulf Coast calendar of events for all of the Mardi Gras happenings. You'll find events for kids and grownups alike, so make a vacation of it and join the festivities.

It’s a tradition and a celebration. Mardi Gras along the Alabama Gulf Coast is a special time complete with shouts of “Laissez les bons temps rouler” — Let the good times roll! — and throws of beads, raining down from passing floats. Come share the joy with us. Plan your Alabama trip during Mardi Gras! Escape and discover a whole different state of Carnival fun and festivities. Make sure to book Gulf Coast lodging ahead of time, including Gulf Shores and Orange Beach condo rentals, beach hotels, and house rentals. 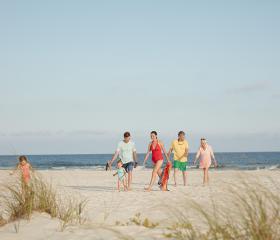 Experience an Attitude of Gratitude this November on Alabama’s Coast

Sugar-white sand beaches, a wonderfully warm coastal climate, and a harvest of happenings. There’s a lot to be thankful for when vacationing on the... 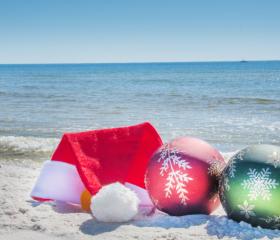 All will be merry and bright with a white (sand) holiday in Gulf Shores and Orange Beach. If you're dreaming of a white Christmas but want to opt-out...