While Dr. Bob Shipp is known for his expertise on one of Alabama’s signature fish, the red snapper, ask him to name his favorite fish and that answer comes a lot closer to shore.

In fact, Shipp’s favorite fish, the Florida pompano, lives in the surf zone that laps Alabama’s sugar-white sand beaches from April through October.

“It is, without a doubt, the most desirable fish one can catch from the beach in the surf,” said Shipp, who retired this year after 20 years as chairman of Marine Sciences at the University of South Alabama. “You can also catch flounder, redfish and a Spanish mackerel once in a while. But pompano is far and away my favorite. And you can catch them 15-20 feet from the beach.”

Shipp said the most common bait for pompano is a chunk of peeled shrimp, although many anglers will dig up sand fleas (aka mole crabs) at the surf’s edge.

A double-hook rig with the lightest pyramid weight the surf will allow, preferably no more than one ounce, is what Shipp uses. The pyramid sinker keeps the bait from being rolled around in the surf. He prefers a 1/0 hook size.

Shipp casts into 6-8 feet of water, and he looks for spots with the clearest water, where the fish can sometimes be spotted in schools of three to six fish.

“Sometimes you can even sight cast for them,” he said. “If the water is clear, you can see them. Some people will wade out to the second sandbar and catch them out there, too. But I prefer to catch them on the beach.”

Shipp said surf fishermen should avoid areas with high concentrations of swimmers for obvious reasons, and he looks for low-traffic areas with clear water and low to moderate wave action.

“If I’ve got the room, I’ll put out two or three poles spaced about 10 yards apart,” he said. “It’s lazy fishing. You just sit back in your easy chair, and enjoy a cold beverage. And you won’t have to wonder about whether you’re getting a pompano bite. They slam it, and your rod is bent over.”

For those who prefer a more active fishing experience, Shipp said to grab a bucktail jig made especially for pompano with a heavy head from ½-ounce to ¾-ounce and a short skirt in vibrant colors.

“You just cast it out and hop it, let it rest and hop it,” he said. “Sometimes jigs can be very effective. But remember that pompano are not fish eaters; they’re crustacean eaters. Artificial fish-type baits won’t work.” Where pompano shine the most, according to Shipp, is on the dinner plate.

“Pompano has a mild flavor, but they are a fairly oily fish, so the shelf life is not that long,” he said. “My favorite way to prepare them is a mustard base. Dredge the filets in flour, and sauté them in butter until barely brown. Set the filets aside. In the butter mixture, add chopped sweet onions and three to four tablespoons of mustard. When the onions get soft, put the filets back in skillet and smother in the onions and mustard. It’s an old family recipe. Man is it great.”

Anyone who wants to know about all the fish species that inhabit the Gulf should check out the recently updated “Dr. Bob Shipp’s Guide to the Fishes of the Gulf of Mexico.” 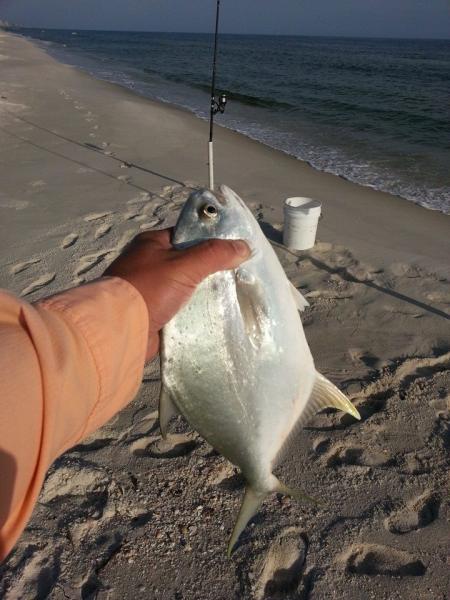 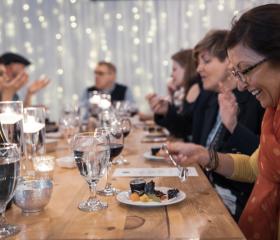 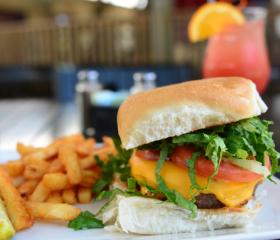