Why You Should Plan a Day Trip to the USS Alabama 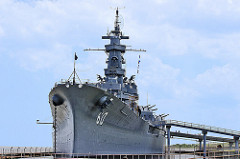 Come aboard the Battleship USS Alabama and find out why TripAdvisor reviewers ranked it the No. 1 attraction in the Mobile area. Moored on the shores of Mobile Bay, just a short drive from Gulf Shores and Orange Beach, the USS Alabama stretches 680 feet from stem to stern, a symbol of strength, perseverance and courage.
Why should you spend time here? 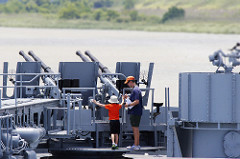 Commissioned in 1942, the Battleship USS Alabama saw 37 months of action during World War II in both the Atlantic and Pacific fleets, earning nine battle stars. Known as the Mighty A, the USS Alabama never suffered any casualties or significant damage due to enemy fire. She was decommissioned in 1947 in Bremerton, Washington, and brought to Mobile in 1964, opening to the public in January 1965.

As an attraction, the USS Alabama has had more than 10 million visitors since it opened 50 years ago. The battleship also plays host to many activities, including Cub Scout campouts, weddings and corporate events. A visit to the battleship is a great way to stretch your crew's legs on the way to your beach vacation in Gulf Shores and Orange Beach, or on your road trip when leaving the beach. Get your sea legs here and come aboard! 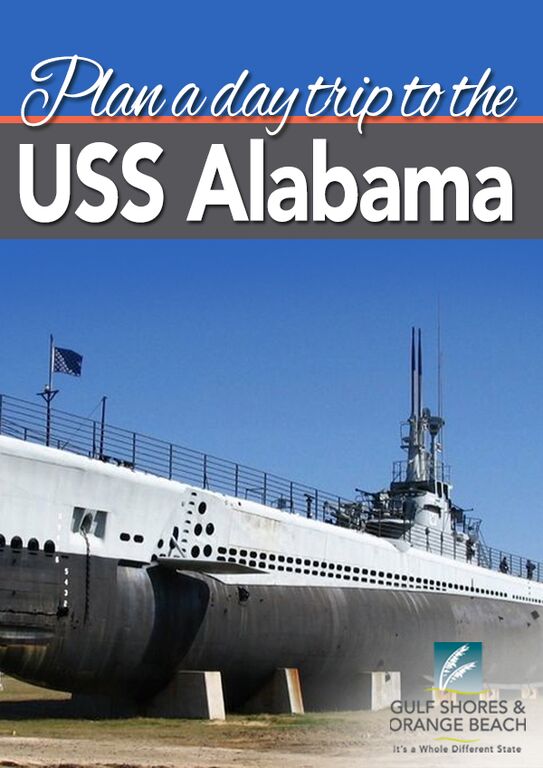 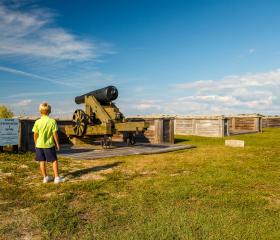 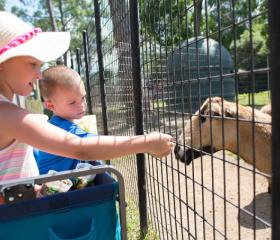 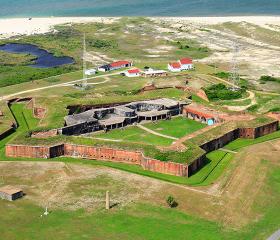 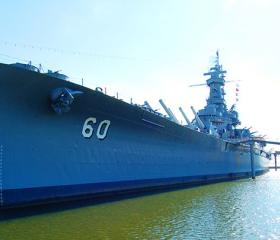 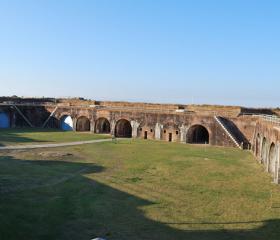 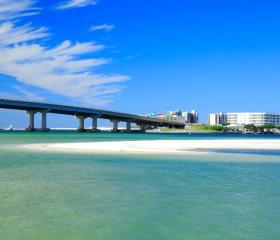