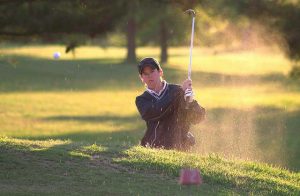 Put some zing in your swing and let the good times roll when you mix an Alabama Gulf Coast Mardi Gras with 18 holes on the greens. Carnival season kicks off with parades beginning in late January and runs until Mardi Gras day on Feb. 28. You'll find revelry with parades and balls from Mobile to nearby cities on the eastern shore of Mobile Bay, including Daphne and Fairhope. And, of course, there are parades and events in Gulf Shores and Orange Beach, as well. Bring the guys, bring the girls or bring the family. There's something for everyone during Mardi Gras. 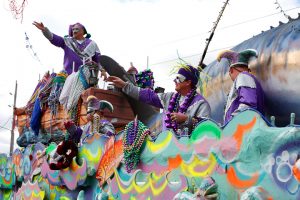 Tee off for good times on a Gulf Shores golf course by day and join the fun in the evenings with the Mystical Order of Mirams parade in Orange Beach on Feb. 24 at 6:30 p.m. Or take to the streets of Orange Beach on Feb. 25 for the Mystics of Pleasure parade at 5:30 p.m. If you're at the beach before these parade dates, take a short drive to Daphne and watch Apollo's Mystic Ladies take over the streets of downtown on Feb. 17 beginning at 6:45 p.m. During Mardi Gras season, you'll find parades almost nightly as revelers celebrate the season. After you've caught your fill of moon pies and beads, give yourself a later start on the golf course. Stop by a clubhouse restaurant for brunch or, if you get a really late start, stop in for brews! For daytime parades, the LuLu's Mardi Gras Anniversary Celebration and Boat Parade on Mardi Gras day, Feb. 28, beginning at 3 p.m., is a can't-miss event. Also on Feb. 28 is the Gulf Shores parade at 10 a.m. and Orange Beach parade at 2 p.m. Spend a weekend or a week or longer teeing off on 18 holes and enjoying a Gulf Coast-style Mardi Gras season in Gulf Shores and Orange Beach.