Bread pudding has always been a favorite of mine. Growing up on a farm in Iowa, bread pudding was quite often a dessert we indulged in. As an adult I have never been able to replicate the bread pudding that I learned to love. On a visit to Gulf Shores and Orange Beach, that all changed. 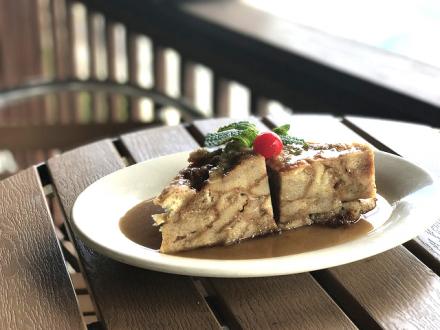 Who knew that the Alabama Gulf Coast is where I would be able to relive the deliciousness that my mom prepared for us on the Iowa farm? It’s no secret that Gulf Shores and Orange Beach are foodie towns. I should have known that I would find mouthwatering bread pudding while dining in the area.

Fisher’s Dockside in Orange Beach has a light and airy bread pudding, with a subtle hint of coconut. I am not a lover of coconut, but I will tell you this bread pudding was out of this world! The rich white chocolate and coconut flavors blended well for a memorable experience.

The Beach House Kitchen & Cocktails in Gulf Shores served what I considered to be a very close consistency to how Mom prepared bread pudding. The secret kick was the citrus taste, which was something new to me.

LuLu’s in Gulf Shores offers a bread pudding made of Krispy Kreme Donuts. If you love donuts, this is your bread pudding. Who knew something as simple as a donut could make a delicious plate of bread pudding? (In case you don’t know, LuLu’s is also one of the best entertainment venues in the area, too!) 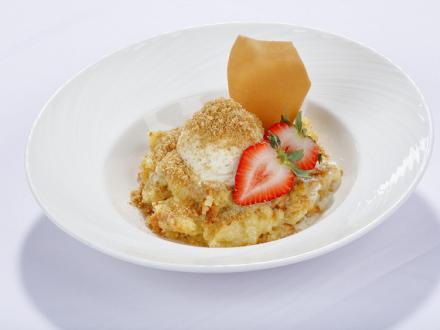 Voyagers in the Perdido Beach Resort in Orange Beach surprised me during a recent visit as I found another outstanding plate of bread pudding. This is now my new favorite bread pudding along the beach. It was moist and had all the flavors that made it the best bread pudding ever.

If there’s one thing I can tell you, it’s the fact that bread pudding is something people tend to like or not like. In the case of these decadent desserts, you need to try them. Your taste buds will thank you!

Sara Broers (1323 Posts)
Sara Broers is a travel enthusiast that resides in North Iowa. Sara has fallen in love with the Alabama coast line and believes that the Alabama Beaches are the best in the United States. To keep up…