Alabama’s most-anticipated saltwater fishing seasons are here, and plenty of the state’s premier reef fish, red snapper, await anglers who venture into the Gulf of Mexico. 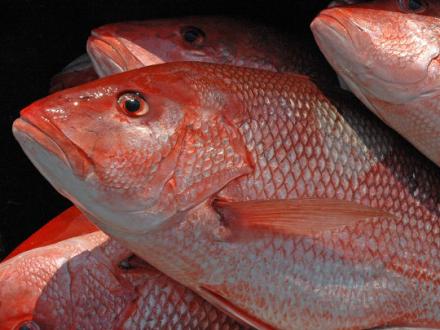 The red snapper seasons in Alabama are separated into two divisions on the recreational side.

The charter boat industry abides by the federal regulations, and that season has defined dates of June 1 through July 21.

For visitors to Alabama’s Gulf Coast, a charter boat is the best way to experience our great fishing in the nation’s largest artificial reef zone. A variety of charter boats with the required reef fish permit can be found at the Gulf Shores & Orange Beach website. The multipassenger boats can handle large groups, while the six-pack vessels are licensed to carry six anglers.

While the charter boats will sometimes fish public reefs, the captains have deployed numerous private reefs over the years to have plenty of spots to check. Although red snapper are aggressive feeders, some reefs tend to be more productive than others. And sometimes, for whatever reason, the snapper seem to take a day off from feeding. That’s why the captains always have back-up spots, even though the snapper fishing is so great off Alabama that they’re rarely needed.

However, space is limited and the number of visitors to our beautiful coast continues to increase, which ups the demand for charter excursions. If you haven’t booked your trip already, don’t waste any more time. Do it now.

If the multipassenger and six-pack boats are booked, the alternative is a head boat. Those boats get that name because they charter by the head and not by group. Again, you can find head boats listed on the Gulf Shores & Orange Beach website.

When you book a trip, the charter boats will fill you in on what you need to bring on the trip. Be sure to include sunscreen and something to ward off seasickness if you’re prone to that malady.

Now for the other half of the recreational season, the private boat season is set by an exempted fishing permit granted by the National Marine Fisheries Service for the 2018 and 2019 seasons.

If you own a boat and either trailer it down to the coast or store it at one of the many marinas along the Alabama coast, you fit in the private recreational category. That also applies if you go with a friend or acquaintance that is not a charter vessel.

That private recreational season started on June 1 and is open every weekend, Friday through Sunday, potentially through Labor Day. It also includes the entire week of the Fourth of July. The reason I added potentially is the Alabama Marine Resources Division will closely monitor the private recreational catch to ensure it doesn’t exceed its federally mandated quota. If the catch rate falls below the projected rate because of weather or other factors, the season could be extended. If anglers catch more red snapper than expected, the season could end a few days early.

That monitoring program is called Snapper Check, which is a mandatory reporting system. Private recreational anglers should download the Outdoor AL app for Apple or Android phones to easily report your red snapper catches. The new app works even if you don’t have a cell signal. It stores it in the phone until cell service is restored and then it uploads it to the system.

Red snapper fishing is fun and easy. If you’re on a private trip, make sure you use circle hooks, a requirement. When the weather cooperates, catching a limit of two fish with a minimum size of 16 inches is a breeze. Plus, numerous restaurants on the Alabama Gulf Coast offer what is known as “hook and cook.” You bring your catch, and the restaurants will prepare it in a variety of delicious ways.