Let the good times roll this February in Gulf Shores and Orange Beach.

The three Cs of a February spent on the Alabama Gulf Coast are (King) Cake, Chocolate and Chili. From foodie festivals to fabulous parades, there is so much fun to be enjoyed. Keep on reading to learn more about all of the exciting things there are to do in February along Alabama’s beaches. 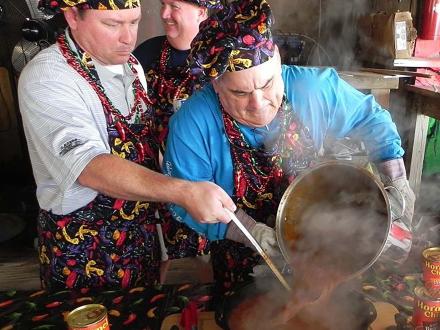 The average temperature in February is 53 degrees which means...it’s chili weather! Kicking off a full calendar of fun is the Flora-Bama Annual Super Chili Cook Cook-Off on Feb. 1. During this day-long event, 25+ teams will battle for the title of “Best Chili Around” while country band Jason Justice and the Hung Jury perform their top hits. Benefitting the American Cancer Society, tickets are $20 for attendees and include unlimited sampling of chili and draft beer.

Small Town, Big Beach Productions is bringing two fabulous acts to the Erie Meyer Civic Center in February. John Davidson, a Pittsburg native whose accomplishments include working on the beloved sitcom I Love Lucy, performs Feb. 10 and 11. Then Feb. 17 and 18, Harrison Greenbaum wraps up the winter series with his solo comedy-magic show.

On Feb. 15, the day after Valentine’s Day, there are two exciting annual events happening in the destination. Early in the morning is the Sweetheart 5K, Sea Turtle Half Marathon and Sweetheart 1-Mile Fun Run. The races begin and end at The Hangout in Gulf Shores, followed by an after-party. This is also the final half marathon in the Run the Beach Series. Later that afternoon, it’s all about the love as Lucy Buffett’s LuLu’s hosts its Tropical Re-Union Wedding Vow Renewal Ceremony. Married couples of all ages can come to renew their wedding vows then celebrate with complimentary champagne, wedding cake, flowers and more. Prizes will be award for Best Dressed, Longest Married and Shortest Married. 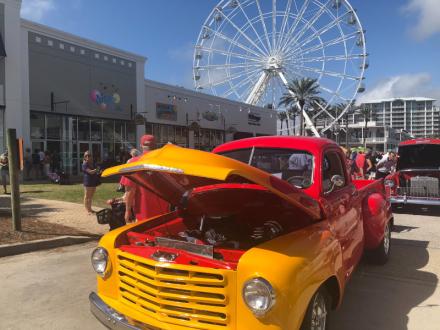 From elegant balls to parades and parties, there’s no better place to be than the Alabama Gulf Coast during the Mardi Gras season. Throughout the entire month of February, leading up to Fat Tuesday on Feb. 25, Mardi Gras festivities will abound around the destination. Check out all of the ways you can let the good times roll on Alabama’s coast this Mardi Gras season.

Rounding out our vibrant event lineup is the Orange Beach Seafood Festival & Car Show on Feb. 29 at The Wharf in Orange Beach. Presented by the Orange Beach Sports Association, this event features loads of tasty food, live music, 125+ arts and craft vendors, the Paws on Parade puppy parade, antique cars and more.

Whether you’re a couple celebrating the month of love or a family wanting to experience your first Mardi Gras parade, you won’t regret spending your February with us in Gulf Shores and Orange Beach. 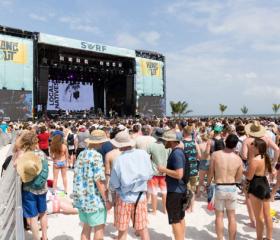 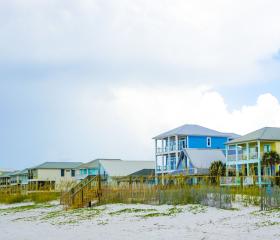 Winter at the Beach? Yes, It Is A Thing

Our beaches never close, and it only snows here about once a decade. That means the beaches are spectacular year-round! In fact, winter is one of the...