And Getting Better During April at Alabama's Gulf Coast

Inshore fishing really picks up in the springtime, March and April, with many inshore captains running two trips a day in the Gulf Coast waters. Rick Murdoch, of Alabama Girl Fishing, fishes around Perdido Pass – the bridge, the jetties on the edge just offshore and around the back bays on the inshore side of the pass.

“Our bread-and-butter fish in April is the redfish,” Murdoch says. “They’re around Perdido Pass most of the year. We most often target the jetties at the pass and the boat docks behind the pass. We usually fish on the bottom with live shrimp or croakers, 12-pound-test main line, a 3/4-ounce slip sinker up the line, a barrel swivel on the end, 18 inches of 20-pound-test monofilament leader and a No. 2 Kahle hook. We hook our shrimp close to the tail in the last segment, and the croakers right behind the dorsal fin.

“We also start getting 1-1/2- to 3-1/2-pound speckled trout in April, especially around the jetties. The speckled trout came in early this year, maybe because we had a warm winter. We started catching them in March, so there should be even more coming in this month. We catch them on live shrimp; then we switch to live croakers when the pinfish move in since they’ll eat the shrimp.

“Flounder is an incidental catch. We don’t target them, but we catch them while fishing for redfish and speckled trout. King and Spanish mackerel also appear at the end of March, and we generally can catch them around the Sea Buoy with live bait like LYs (alewives) or dead cigar minnows. The mackerel will school-up around the mouth of Perdido Pass. Sometimes we’ll chum for the mackerel, and once we have the chum out, we’ll put live bait in our chum slick to catch them.

We use 12-pound-test line, light wire leader and small treble hooks. For king mackerel, we may slow troll with cigar minnows, but for Spanish mackerel we anchor and cast to them.” 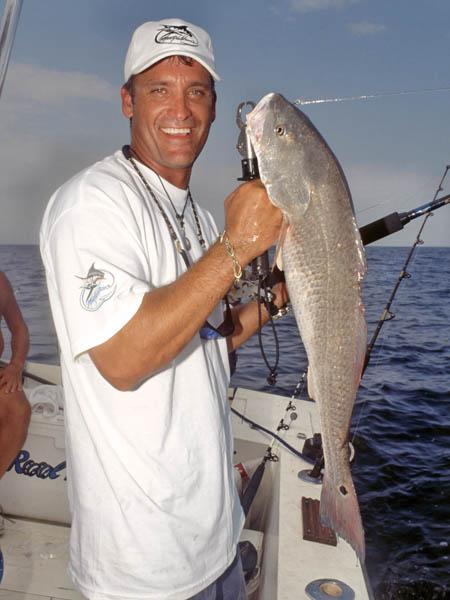 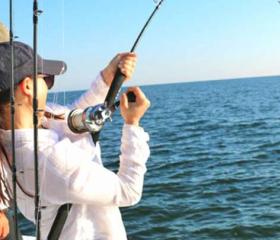 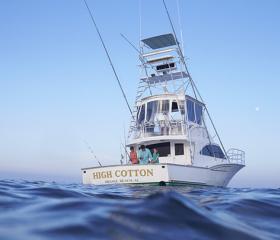