Center console boats are often referred to by charter boats and big boat captains as ‘Monkey Boats.’ It’s a nautical term that goes back to the early 1800’s meaning “Any of various kinds of a small boat used as a tender, tow-boat, etc., especially in a port,” according to the English Oxford Dictionary.

This weekend is the 18th annual Mobile Big Game Fishing Club‘s Billfish Limited Tournament (July 28-30, 2017), also known as the ‘Monkey Boat Tournament.’ The tournament is ‘limited’ to outboard powered boats or boats with inboard motors that are under 32 feet in length. This isn’t a tournament for big sport fishing yachts this is the tournament that was created for small boats to chase big fish.

The boats may not be nearly as big as those in other big game fishing tournaments around these parts, but the fish certainly will be. Teams will be competing in the divisions of Catch and Release Billfish and weighed Tuna, Wahoo and Dolphin.

“Boat size is not a reflection of the skill of the teams in this tournament,” said Tournament Chairman and former Limited Tournament Champion, Robert Cook. “Catching a marlin on a center console boat in the Gulf of Mexico is a huge accomplishment and I would expect to see several boats with multiple billfish catches in our tournament,” continued Cook.

Big game fishing from a smaller boat presents different challenges than those encountered on large sport fishing yachts. Range and weather are the greatest challenges. If the blue water is one hundred plus miles offshore, that’s just another day at the office for a big boat. For ‘Monkey Boaters’ that’s a long way to go and fuel capacity can become an issue, especially if sea conditions are less than ideal.

“Because center consoles have become bigger and faster, more teams can now travel longer distances to find the pretty water and the fish,” said Cook. “We will have center consoles as long as forty-two feet in this tournament, but we will also have plenty of boats in the twenty-six to thirty-foot range.” Cook also says that you don’t always have to run the farthest to have the most success. “This tournament has been won multiple times by boats that stay close, and have fished around the nipple and elbow areas, which is only thirty to forty miles offshore.”

Any boat meeting the tournament requirements can enter the event which is held at the Mobile Big Game Fishing Club Clubhouse at Orange Beach Marina. The fun begins with the Captains Meeting and kick-off party on Friday night. Teams can depart after signing out at the rules meeting and must return through Perdido Pass by 8:00 PM on Saturday to weigh their fish and have their catch and release videos verified. Registration is available online at MBGFC.org. 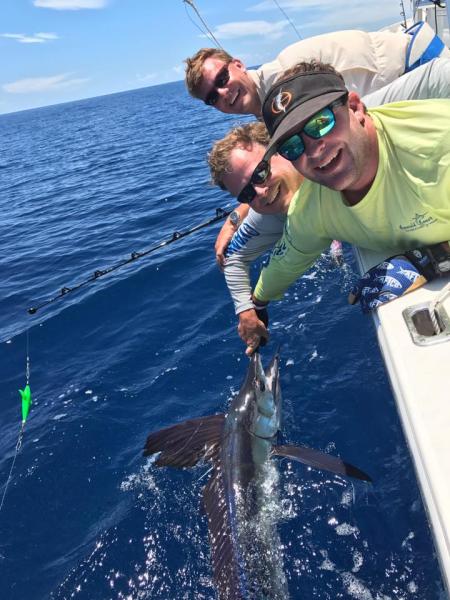