The “Greatest Show in Sportfishing” is returning to The Wharf, in Orange Beach, July 10 to 15. The 2018 Blue Marlin Grand Championship of the Gulf offers a winning experience for visitors and locals with five days of action packed entertainment during Billfish Week this summer. 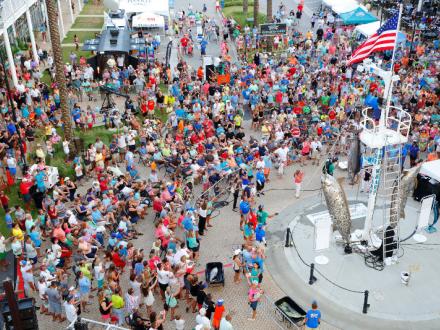 For sporting event attendees, the Blue Marlin Grand Championship of the Gulf is a great way to take a break from the big game to cheer on anglers competing for the title. Whether you are in Gulf Shores for the USSSA Global Sports Baseball World Series 4 for in Orange Beach for the USSSA Softball “C” Fastpitch World Series, add the Blue Marlin Championship to your agenda.

Since competing comes naturally to athletes and many sports enthusiasts, test your strength and skills at the Triple Crown Challenge Fighting Chair Contest on Tuesday, July 10. Make plans to attend the Orange Beach and Gulf Shores Billfish Boat Parade on Canal Road on Thursday, July 12. 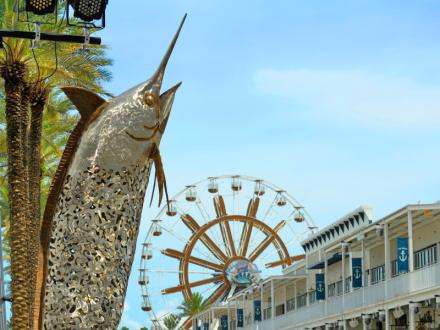 If you aren’t on the field playing or in the stands cheering for your favorite team, take advantage of downtime at the beach during the day and enjoy the great local attractions at night. For unique experiences, The Wharf offers great amenities including a Ferris wheel that now lights up the night sky and the SPECTRA Light and Sound Spectacular. The SPECTRA light show is held every night beginning at 7:30 p.m. and again at 8 and 8:30 p.m. during the summer months. For more ways to entertain your team this summer, browse the calendar of events.