Alabama Marine Resources Division (MRD) recently announced that the state’s annual quota had not been filled, which allowed the division to add Friday through Sunday, October 4-6, to the season. 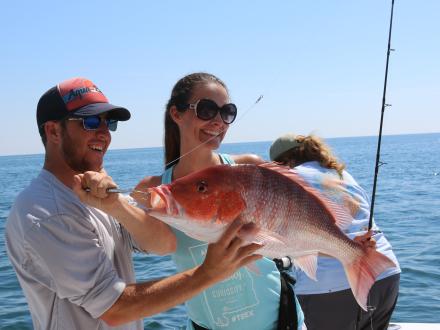 Alabama Gulf Coast private anglers will get three more days to pursue our area’s signature reef fish – the beautiful and bountiful red snapper. Alabama Marine Resources Division (MRD) recently announced that the state’s annual quota had not been filled, which allowed the division to add Friday through Sunday, October 4-6, to the season.

This is for private recreational anglers only through the Exempted Fishing Permit that was granted Alabama for the 2018-2019 snapper seasons. Alabama’s share of the total allowable catch was set at slightly more than one million pounds. This does not apply to the Alabama charter fleet, which opted to stick with the 62-day federal season that ended on August 2.

That means it’s time to call your fishing buddies who own a private boat and schedule a trip into the reef fish-rich Gulf off the Alabama coast. Alabama is blessed with the world’s most extensive artificial reef season, which not only greatly enhances the reef fish habitat but also gives anglers a greater chance of fishing success. In fact, for most saltwater anglers, catching a two-fish red snapper limit is almost a slam dunk, weather permitting.

The reason MRD was able to add the three days is because of Snapper Check, which is a mandatory reporting system that requires anglers who catch red snapper to report their catches before the fish are offloaded. This allows MRD to maintain a near real-time account of the snapper harvest.

In announcing the extension, MRD Director Scott Bannon said, “We want to reach our quota, but we don’t want to go over. Our Snapper Check data indicates we can add three days and achieve that goal.”

For anglers who don’t already have private artificial reefs, MRD has a wealth of information as well as almost a thousand public reefs with GPS coordinates. Alabama Outdoor’s 18-page Reef Fishing Brochure details information about the Alabama Artificial Reef Program and the variety of structures available to fish, including more than 100 mothballed M-60 military tanks. Because snapper season has been closed since August 31 for private anglers, those reefs should be teeming with fish again. 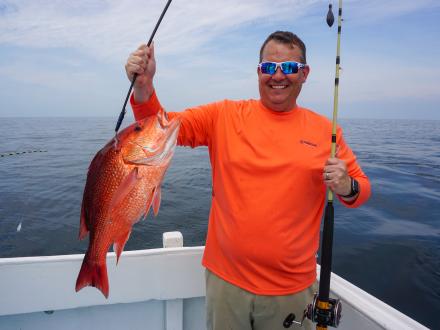 Don’t forget that circle hooks are required for snapper fishing. The circle hook is designed to hook the fish in the corner of the mouth, which allows the snapper or other reef fish to be released with the least amount of harm. Also remember, when fishing with a circle hook, that trying the set the hook seldom yields the desired effect. For a circle hook to work best, the angler should reel down on the fish and just keep reeling until the hook is firmly in the corner of the fish’s mouth. Although most of the red snapper caught are in the 10-pound range, it’s easy to hook into a 20-plus-pounder, which will require all your fishing savvy to get the fish to the boat. The key is stopping that initial run so the fish cannot get back into the structure and cut the line.

Another requirement that many reef fish anglers might have missed is the Reef Fish Endorsement, a $10 endorsement that went into effect September 1 and is required to catch reef fish off the Alabama coast. Go to

When you get back to shore, if you’re too tired to prepare those delicious snapper yourselves, look for any number of restaurants in Orange Beach and Gulf Shores that offer Hook and Cook. You hook them, and they’ll prepare them in a variety of scrumptious ways.

Visit our website for more information about fishing on Alabama’s coast. 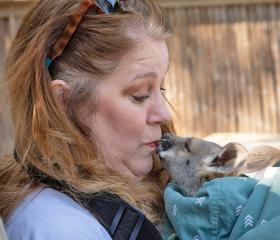