Do you love destination races?

I’m someone who thrives on a change of scenery. When I got the chance to add the Kaiser Realty by Wyndham Vacation Rentals Coastal Half Marathon to my list of race experiences, I jumped at the opportunity. Within a reasonable drive from my home in Atlanta, I knew Gulf Shores and Orange Beach would have fantastic temperatures in November. I checked out the course online and couldn’t wait to tackle this race in the Run The Beach series.

The week before the race, however, I came down with a cold. That cold settled in my chest and included a barking cough. A decision needed to be made. Run the half marathon or switch to the 5K? When my teenage son, in a demographic known for supporting all kinds of foolishness, advised against the half marathon, I listened.

I was disappointed, but knew it was best. We drove into Gulf Shores in time to make the switch at packet pick up.  The location was easy to find and had plenty of parking and volunteers. The switch took all of five minutes. After that, we headed to our Kaiser Realty by Wyndham Vacation Rental that was home for the weekend and settled in. 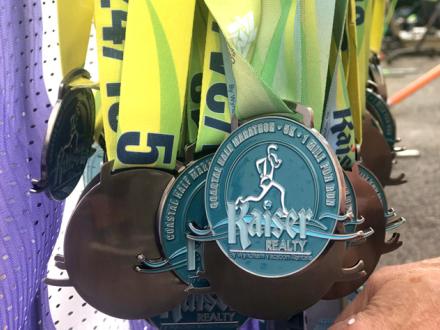 I arrived at the Orange Beach Sportsplex bright and early. Earlier than I planned, in fact, because my phone’s alarm clock didn’t recognize the one-hour time difference between Atlanta and Gulf Shores. I was impressed with the amount of parking available; this is always a race morning concern of mine. In addition to the restroom facilities at the Sportsplex, there were also portable bathrooms to handle the crowd.

A wheelchair participant started the day, followed a few minutes later by the half marathoners. Placement at the start line is left up to the runners. As always, the standard etiquette of lining up by pace should be followed.

I thought the course was wonderful. For the 5K, it was a loop course on paved trails within the Hugh S. Branyon Backcountry Trail. When the starting line crowd shook out, I found there was plenty of room to move on the trail.  I was surrounded by nature and had a peaceful, head-clearing run. I knew for sure that running the 5K was the best decision for me.

Approaching the finish line, I was greeted with encouragement and cheers from an abundance of volunteers and spectators. I happily accepted the medal that was placed around my neck and made my way over to the post-race area.

I can say without reservation that this race had some of the best post-race food I’ve been offered. I happily accepted the complimentary beer that awaited me after I entered the post-race area. Yes, it was still early. But – VACATION.

The food was catered by Cosmo’s Restaurant and Bar. Sandwiches, gumbo, pasta salad, dessert – I practically inhaled it. Surrounding me were people enjoying the sunshine that finally peeked out. Families were picnicking on the grass while kids ran around enjoying a bounce house and games like corn hole. Age group awards were handed out – beach towels!  Although I certainly did not place in my age group, I thought that was a fantastic “award.” 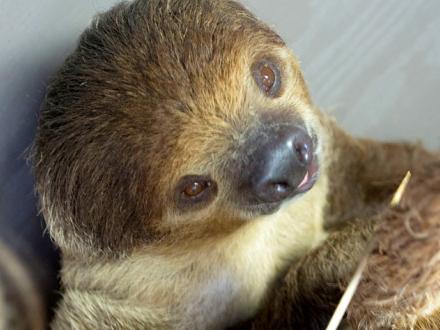 The Rest of the Weekend

My sons and I found a few different ways to enjoy the balmy November beach weather. We spent a fun afternoon at the Alabama Gulf Coast Zoo, previously featured on Animal Planet. This “Little Zoo That Could” was just the right size to tour in an afternoon and get up close to the animals. We especially enjoyed our personal sloth encounter.

We also took a drive to explore Historic Fort Morgan. My kids are always down for history if it’s hands on and this site didn’t disappoint! We spent some time climbing around inside the Fort, exploring all its nooks and passages.  My teenage Instagrammer had some great material.

I am already registered for the 2019 Kaiser Realty Coastal Half Marathon and have my family on board with possibly spending Thanksgiving at the beach.

Amy Albers (68 Posts)
Amy of Mom's Magical Miles blog is a runner, a professional library nerd and a lover of fun places to take her boys! 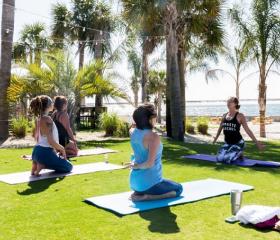 How to Stay Fit on Your Beach Vacation

By definition, taking a vacation means kicking back and relaxing, especially when you're at the beach. If you're like me, your entire itinerary... 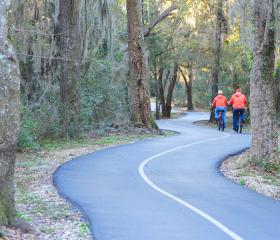 If you're training for a race, you'll find miles of pavement to pound on the trails in Gulf Shores and Orange Beach. And if you prefer unpaved paths...