As a Foodie on Alabama’s Beaches

When Gulf Shores and Orange Beach have come up in conversations in the past, my mind automatically went to the beach.

I envisioned the 32 miles of white sand, the blue waters of the Gulf of Mexico, boats, and other beach attractions. What I didn’t know was that Alabama’s beaches are also an incredible destination for foodies and culinary travelers alike. Here are some highlights from my experience as a foodie on Alabama’s beaches. 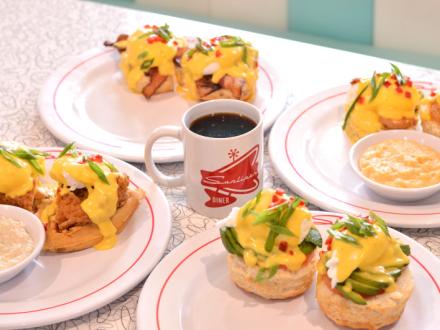 Gulf Shores is home to Alabama’s first certified “green restaurant,”  Safari Club at the Alabama Gulf Coast Zoo. This restaurant was a very pleasant surprise for me. I don’t normally think about what I’m going to eat when visiting a zoo, but Safari Club has shifted my thinking. The food was fantastic, and the atmosphere was engaging. As soon as I walked in the door, I knew that I was about to embark on a safari adventure. Wood and earth tones were present throughout the space with a few hidden treasures like the resin waterfall on the bar and tiny elephants throughout.

At first glance, the selections on the menu appeared to be mismatched with items such as falafel and shrimp and grits, but I learned they are very intentional. Executive Chef Greg Bushmohle put together a menu of dishes that represents the areas where the animals in the zoo are from. How fun is that? Not only can guests be transported to different areas of the world from seeing the animals, but their taste buds can be transported as well for a full-body experience. Speaking of full-body experience, rumor has it that a new dining experience with the giraffes is in the making. Safari Club is a must-see and do.

Foodie Tips: Keep your camera handy. The peacocks are known to prance across the patio while you’re dining. Also, order the key lime pie for dessert and take pictures in the private room. You’ll feel like you’re in a train cart on an African Safari.

Blast from the Past at Sunliner Diner

I felt like I stepped into the 1950s when I arrived at Sunliner Diner in the heart of Gulf Shores. It was truly a blast from the past with collector cars inside and outside the restaurant, the black and white tile floors, retro booths, and ‘50s uniforms worn by the staff. I didn’t miss the nod to the past in that the diner is named Sunliner. A Sunliner is another name for a Ford Crestline, Galaxie, or Fairlane made between 1952-1964.

Sunliner’s newspaper-style menu was filled with tasty, classic diner fare such as all-day breakfast, meatloaf, burgers, country fried steak, shakes, and more. One of the “more” on the menu that I appreciated was the addition of cocktails. My breakfast was immediately transformed into brunch simply by adding a Bloody Mary. For the record, Sunliner does Bloody Marys right. It was tangy, spicy, and loaded with olives, pickled green beans, celery, and bacon. It was practically a meal in a glass. 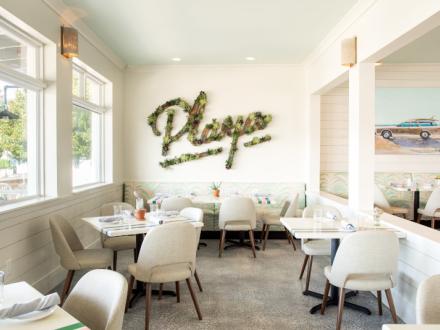 For my entree, I ordered the country fried chicken. My plate was overflowing with a seasoned-to-perfection fried chicken breast, eggs, biscuit, and hash browns. I’m normally a grits girl, but the waitress assured me that the hash browns were the way to go. I was not disappointed at all. Sunliner was an all-around “feel good” stop for me. There were smiles everywhere from the staff and diners, the music was fun, and the space was bright and lively. Make sure you put Sunliner Diner on your list.

Sportsman Marina in Orange Beach houses Playa which is easily one of the prettiest restaurants that I have seen in awhile. When I entered the doors, I felt like I had entered a luxury Caribbean resort with white furniture, hints of golds and browns, and greenery throughout the space. The prettiness did not end at the building. The food and drinks were pretty as well. James Beard Award nominee, Executive Chef Bill Briand has created delicious fresh seafood and light Caribbean dishes that are sure to please even the most refined palates.

When I visited, I had it on good authority that the Gulf Fish on the Half Shell was the entree to order so I did just that. I know that you, the reader, are now asking how fish can be on a half shell. Well, I’m glad you asked. The Gulf Fish on the Half Shell is a roasted skin-on redfish so one side was the delicate flesh and the other side was the crispy “half-shell” skin. The fish is served with fresh avocado and tomato salad on top to pull all the flavors together. This dish was so tasty and light yet filling. Playa is a must.

Foodie Tip: Visit Playa during the day so you can take advantage of all the natural sunlight for your selfies and food pics. Also, check out Playa’s sister restaurant Fisher’s at Orange Beach Marina.

These were just a few stops from my adventures visiting Alabama’s beaches. The area is filled with yummy and picture-worthy food and drink at every level from grab-and-go spots to fine dining. Do your foodie self a favor by making Gulf Shores and Orange Beach your next culinary adventure destination.

Jada Durden (33 Posts)
Jada Durden is a content creator and freelance travel writer who lives in Shreveport, LA. She loves a good cocktail and a great meal. You can read more from Jada at Loving This Life, Jada. 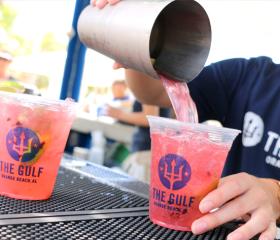 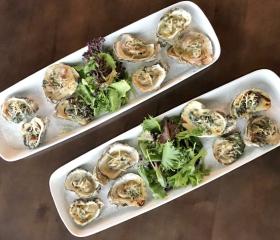 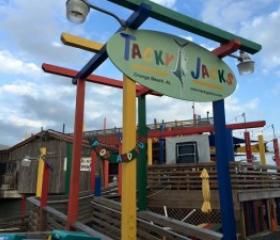 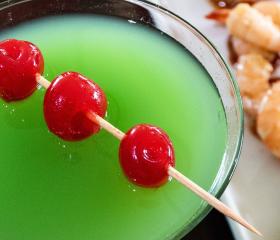 What Type of Restaurant Ambiance Is Best for You: Family, Fancy or Fun? 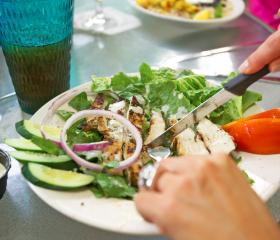 Lunch on the Lighter Side at Gulf Shores, Orange Beach Restaurants 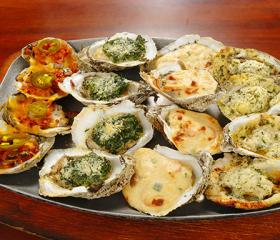