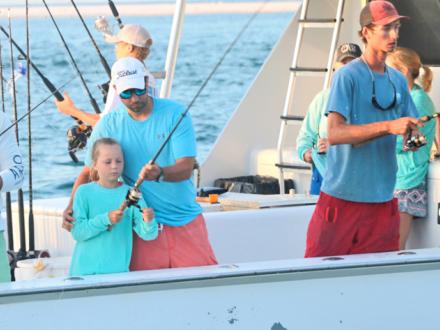 There’s good news on the inshore fishing front. The speckled trout bite has finally picked up. A couple of buddies went out recently and put 19 keepers in the boat.

One of the reasons the Alabama Gulf Coast has such great fishing is the habitat, whichhas been enhanced through man-made structures. Alabama is blessed with arguably the best artificial reef program in the nation. Not only does our state offer extensive offshore zones where thousands of artificial structures provide habitat and sanctuary for a variety of fish species, Alabama’s reef program extends into inshore waters to provide great fishing opportunities for species like speckled trout, redfish and flounder.

There are numerous inshore reefs that anglers can access from Baldwin County. In the Orange Beach area there are the Rockpile, Ross Point, Bayou St. John and the Ono Island reefs. Because of the clearer water in these areas, anglers will often catch plenty of redfish during the day and speckled trout under low-light conditions.

In the Fort Morgan and Bon Secour areas, the reefs include Fish River, Bayou Cour and Shellbank reefs. Because these reefs are in Bon Secour Bay, the water is not as clear, so the fish aren’t as easily spooked.

The Bayou Cour Reef is relatively new. The Alabama Marine Resources Division, along with funds from Coastal Conservation Association – Alabama, used rip-rap to form a perimeter around the reef for protection. Pilings clearly mark the perimeter. The inside of the reef was finished oyster shells, limestone or crushed concrete (cultch) material.

The Bayou Cour Reef site is a relic oyster reef with water depth ranges from 5 to 8 feet deep, which means it is already prime habitat for the inshore species and also may produce oysters. Everybody who fishes inshore knows where there are oysters there are game fish – speckled trout, white trout, redfish and flounder.

Two of the Bon Secour Bay reefs have gotten replenishment jobs. Shellbank Reef, one of the most productive inshore reefs in Alabama, had seen a diminishing rate of fish success because of siltation and changes caused by storms. The same thing happened to Fish River Reef.
New materials were added to Shellbank and Fish River reefs to reboot the cycle of life. The new material will attract the invertebrates and bait fish. In turn, the inshore game species will show up on the reefs to take advantage of the new foraging opportunities.

When I head to one of the inshore reefs, I check the wind and current to determine which way the boat will drift after the propulsion is cut. I drift over the reef, fan-casting with a jighead and grub this time of year. I’ll make a variety of drifts until I can determine where the fish are located on the reef.

I try not to drop anchor if at all possible. If the wind is too strong, then I will ease the anchor out of the boat well away from the spot where I’ve been hooking the fish. Then I’ll feed out anchor line until I am within casting distance of the productive spot. Don’t make the mistake of just tossing the anchor overboard with a loud splash. That will spook the fish and effectively end the fishing in that vicinity for quite a while.

Early in the year, the trout tend to be a little smaller, so be aware of Alabama’s minimum size limit of 14 inches with a daily bag limit of 10 per angler. The good news about trout fishing in Alabama is that anglers are much more likely to hook trout that will measure 15 to 16 inches with some much, much larger.

Visit online for a complete outline of the inshore reefs available on the Alabama Gulf Coast. 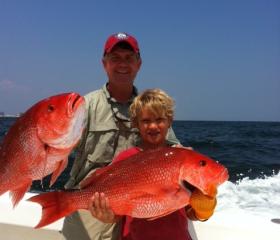 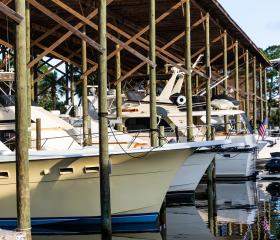