The vast majority of folks who visit Alabama’s sugar-sand beaches have no idea that freshwater fishing is available only a few hundred yards from the Gulf of Mexico. 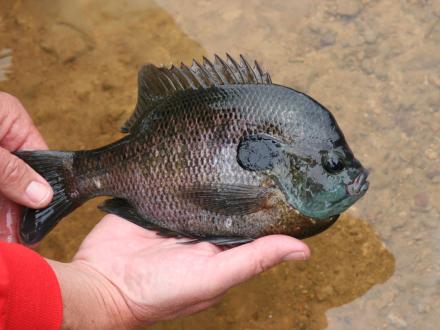 Lake Shelby in Gulf State Park, along with smaller lakes Middle and Little, offer about 900 acres of freshwater habitat that holds largemouth bass, bream (bluegills and shellcrackers), crappie and catfish. This fall, you might also hook a redfish because of the fish’s ability to adjust to fresher water. Under certain conditions, a few speckled trout can also been caught.

An Alabama fishing license and a $2 daily permit are required to fish the lakes. The bass are typical of coastal bass species and will hit plastic worms and creature baits, spinnerbaits and sometimes crankbaits. Most of the bass are in the 1 ½ to 2-pound range, but an occasional 5- to 6-pounder is landed. A creel limit of three fish with a minimum length of 14 inches is in effect.

The length limit for crappie is 9 inches with a daily bag of 10 fish, also the bag limit for bream, which has no size limit. Of course, it’s hard to beat crickets to catch bream, but earthworms can sometimes be best for the shellcrackers. Crappie will hit small jigs, Beetle-Spins and minnows fished under corks.

The daily creel for catfish is 6 fish with a 12-inch minimum. Fish on the bottom with cut bait, dead shrimp or anything that smells really bad to catch catfish.

If you’re lucky enough to hook a redfish, make sure it’s in the 16- to 26-inch slot limit and don’t keep more than the daily limit of three. The speckled trout limit is 10 with a minimum length of 14 inches.

Occasionally, blue crabs will migrate into the lakes. If you’re catching crabs, make sure you have a saltwater fishing license.

The staff at Gulf State Park has made the extra effort to enhance the fishing possibilities at the park’s freshwater lakes. Very little fish-holding structure was available in middle of the lakes until a couple of years ago when the park staff took 100 Christmas trees and deployed them in strategic spots to give the fish shelter. Almost all freshwater fish relate to structure in some way, whether it is along the bank or submerged structure in the middle of the lake.

Now that the bulk of hot weather is behind us, it’s time to head out onto the park lakes and catch a limit of freshwater fish. And it should only get better as the weather and water temperature cool. By the way, the park has several upscale cabins on the north side of the lake. And, if you rent one of the park’s cabins or cottages, you aren’t required to purchase a park fishing permit. 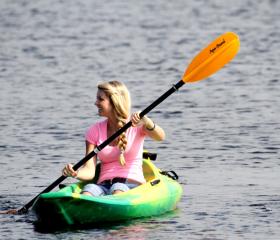 What’s the first thing that comes to your mind when you think of Gulf Shores and Orange Beach? My first thought was “go to the beach!”This is to be...